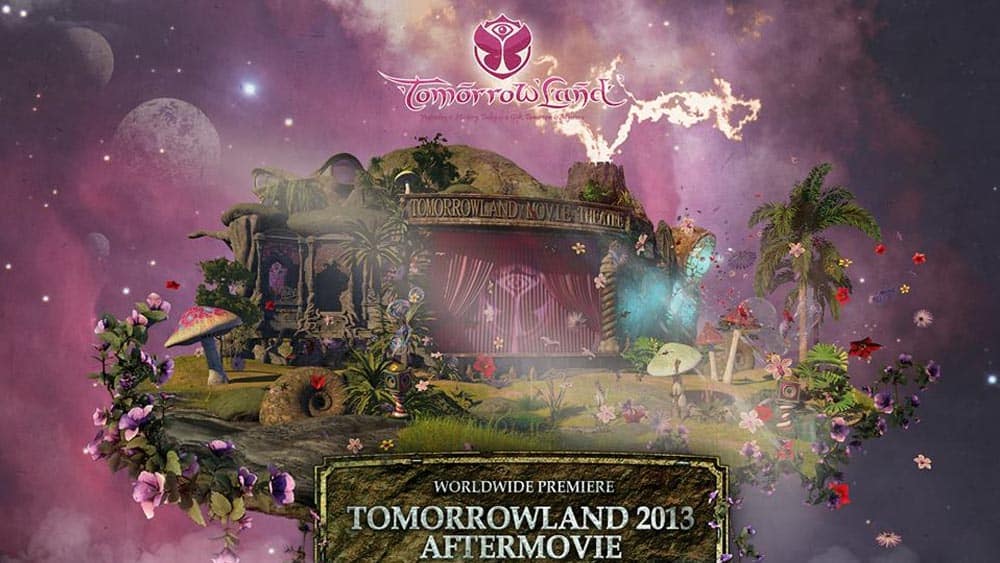 What Tomorrowland did this year was rewrite the rulebook of what a festival experience should be; that’s one from start to finish. ‘The Arising of Life’ theme transformed what is now a legendary site and landscape – the magical De Schorre in Boom, Belgium. Floating stages and an arena draped with fresh flowers that were timed to bloom as the gates opened were just some of the highlights. Its centrepiece – the largest, most breath-taking main stage construction ever built – was a fully functioning computerized, pyrotechnic and state of the art volcano, equipped with water falls and eruptions that went off to the
loudest beat!

This year, Tomorrowland welcomed residents from over 214 countries, more than the number that attended the London 2012 Olympics. The 185-acre site was awash with flags from every part of the world, many captured throughout the most anticipated after movie of the year.
The epic record breaking 14-minute and 20-minute after movie masterpieces, from Tomorrowland 2011 and 2012 respectively, have not only put what is now the planet’s biggest and most popular festival firmly on the map, they have also given over 155 million viewers the opportunity to delve into what WAS Belgium’s best kept secret, but IS now the world’s most popular music festival phenomenon.
Following the same timeline of last year, Tomorrowland delivers its 2013 after movie today, two weeks before its first international edition, TomorrowWorld, kicks off on September 27th at Bouckaert Farm in South Fulton County. Year on year, Tomorrowland increases the stakes with regards to what after movies should be, and this year blows any preconceptions clean out of the water.

Fans from all over the world have become accustomed to the jaw-dropping cinematography and artistic direction of the series, backed by a collection of the summer’s biggest records, as well as many future hits too. The 2013 soundtrack has once again been masterfully put together by festival residents Dimitri Vegas & Like Mike, containing no fewer than 11 brand new tracks from them – including collaborations with
Tiësto, Steve Aoki, Steve Angello, Fedde Le Grand and Diplo. Other summer anthems such as Avicii’s chart-topping “Wake Me Up”, Martin Garrix’s “Animals” and Fatboy Slim & Riva Starr’s “Eat, Sleep, Rave, Repeat” all get prime placement across the movie.
With Tomorrowland’s first international edition, TomorrowWorld, taking place in just two weeks, this after-movie is the perfect formula to whet the palates of the 150,000-strong crowd who will descend on Chattahoochee Hills in Georgia at the end of September.
Final tickets for the inaugural event are still available HERE.
2014 will mark the 10th anniversary of Tomorrowland, a legendary birthday in the making….
www.tomorrowland.com
www.facebook.com/tomorrowland
www.facebook.com/tomorrowworld
www.youtube.com/tomorrowland
www.twitter.com/tomorrowland