Canadian electronic music duo DVBBS, composd of brothers Chris & Alex, had their first Ultra Music Festival performance this year. After one of the most powerpacked energetic sets we’ve heard, we were pretty sure there might be little space left for energy retrieval. Chris & Alex were kind enough though to sit down with Team Stylemag and talk about their experience at Ultra2014, their upcoming music and a lot more. Here’s presenting the DVBBS Interview

How was your experience this year at Ultra 2014?

It’s been amazing man! We played an early slot but you know, I just love seeing passionate fans and today we saw so many kids rushing in with flags with our names on them. It was so dope!

What’s coming next in your pipeline? Are you playing at Tomorrowland?

Yeah Tomorrowland both weekends, Creamfields and every pretty much big festival. We’re part of Mysteryland as well.

How’s the dance music scene in America come along over the past few years?

It’s definitely reaching a peak. I think over the few years, it just keeps getting bigger and bigger, the festivals are getting larger and larger. There are just so many amazing artists that are performing and driving such big crowds. Kids are looking forward to them. All year round they’re waiting for these festivals. It hasn’t hit the peak completely yet but I love American crowds. They have so much energy, it’s crazy. These kids were jumping till midnight tonight. 7 hours straight in the blistering sun! It’s really cool. 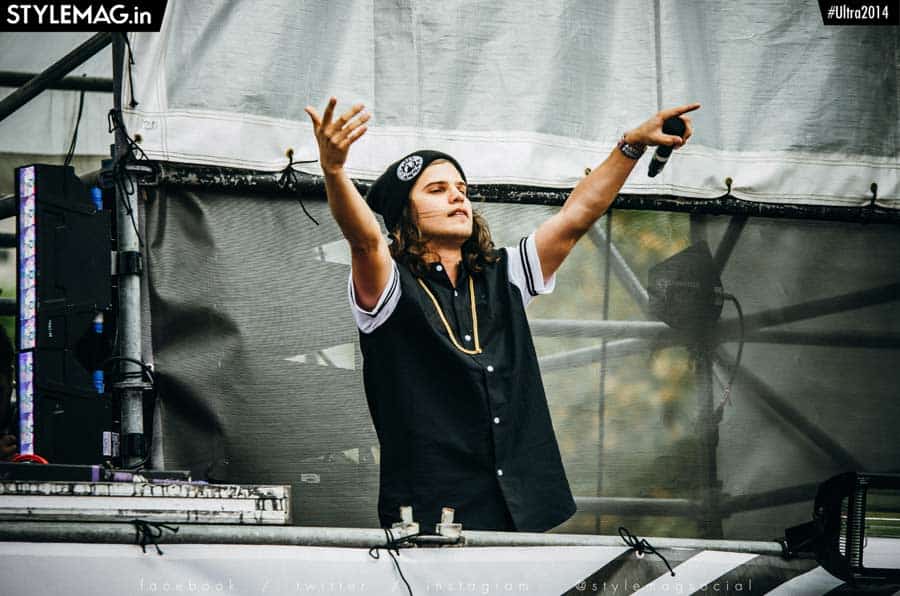 How’s it working with Dimitri Vegas and Like Mike?

Dimi and Mike are like our brothers! We just played with them at Puerto Rico on Saturday. It was the sound fields festival in Puerto Rico. We didn’t event watch them before we had our live show going on. We have a very similar style with our microphone, like being very energetic. To see these guys blow up. They are on the cover of every magazine. They are like the coolest down to brothers we’ve ever met.

Every time I see we have show with them, I’m really stoked because it’s just awesome and they’re Greek too.

Is it really important to connect to the audience and get them going?

Our show is a little different. It depends on the atmosphere. If you’re in a little boutique bar, it’s not going to be people jumping up and down and going crazy and screaming on the mike. But our show has a little bit more high energy. It’s just what we’re used to doing. Punk rock and rock background is all that we knew how to do so it has been carried into our set.

We both DJ, we both can go on the microphone. We’ve come from bands so it’s a natural thing for us. Recently I’ve been on the mike a lot. Especially because we’re coming up with a lot of tracks that we’re singing on as well. 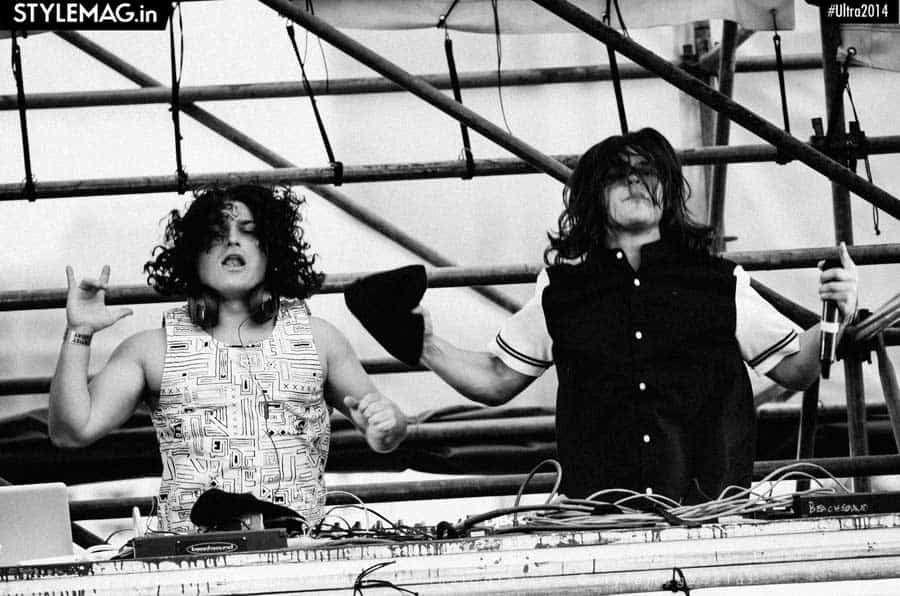 Can you tell us more about your upcoming music?

Our next song comes out with Martin Garrix and Sander Van Doorn. We premiered at our set today. We worked with Martin and Sander on it and I have also sung vocals on it. We want to start developing that live, doing medleys and interludes with vocals, maybe bring some more instrumentation on stage. It’s going to be really cool! 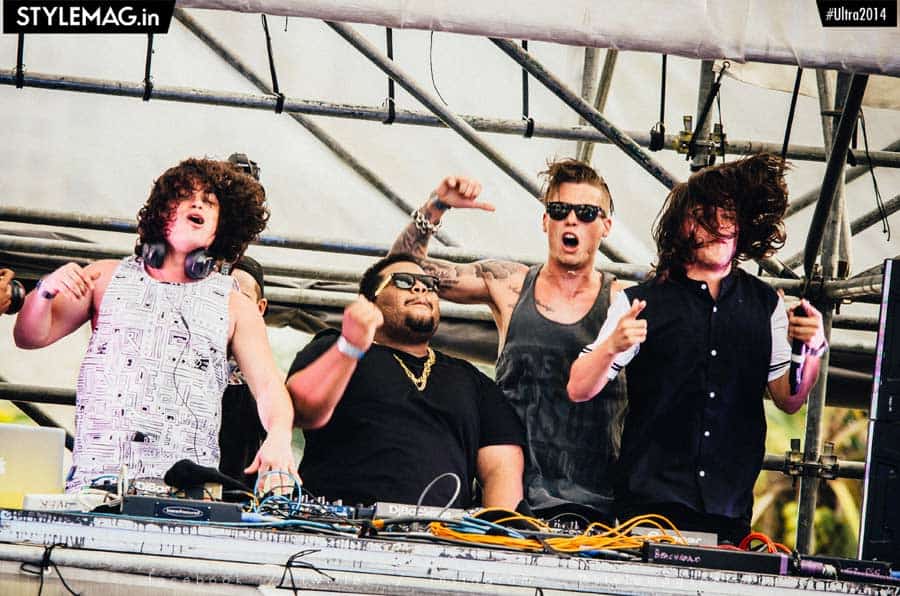 What is the importance of an artist of having a particular identity? How would you dress up?

I think it’s important. Some people like being normal and basic and that’s totally cool too but I also feel that style goes along with personality and we have very outdoor personality. We’re just fun kids and we like to hang out with everyone. We dress the way we want to dress. I just got all my luggage stolen in a cab. 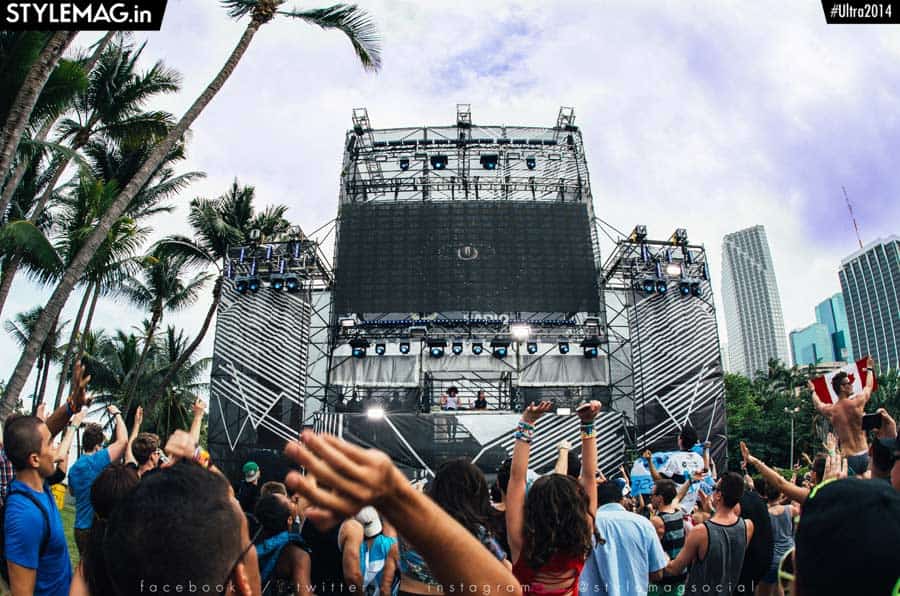 Do you guys shop a lot?

We just like supporting young blood companies that are just starting out. My friend made these pants for me. He hasn’t released them yet. I’ve already ripped them but they’re dope! He’s got a cool style and quirks are always cool to wear. There’s another low key company that’s killing it from LA.

Out there in the industry, whom do you look up to for inspiration?

How much have you heard about the EDM industry in India? Do you look forward to coming there?