Just in the first week of April and there have been plenty of big name artists announced to play at the 10th Anniversary of Tomorrowland 2014 which spreads over two consecutive weekends.
Not missing out are big name usuals such as resident DJ duo and the ‘Kings of Tomorrowland’ Dimitri Vegas & Like Mike. Several names from the top 10 including Nicky Romero, Armin Van Buuren, Tiesto, Steve Aoki, Afrojack also make it to the round 1 announcements.
Returning this year after an absence last year are Dada Life, New World Punx and more.

We take a look at some few names that you should definitely keep a watch on this year at Belgium. 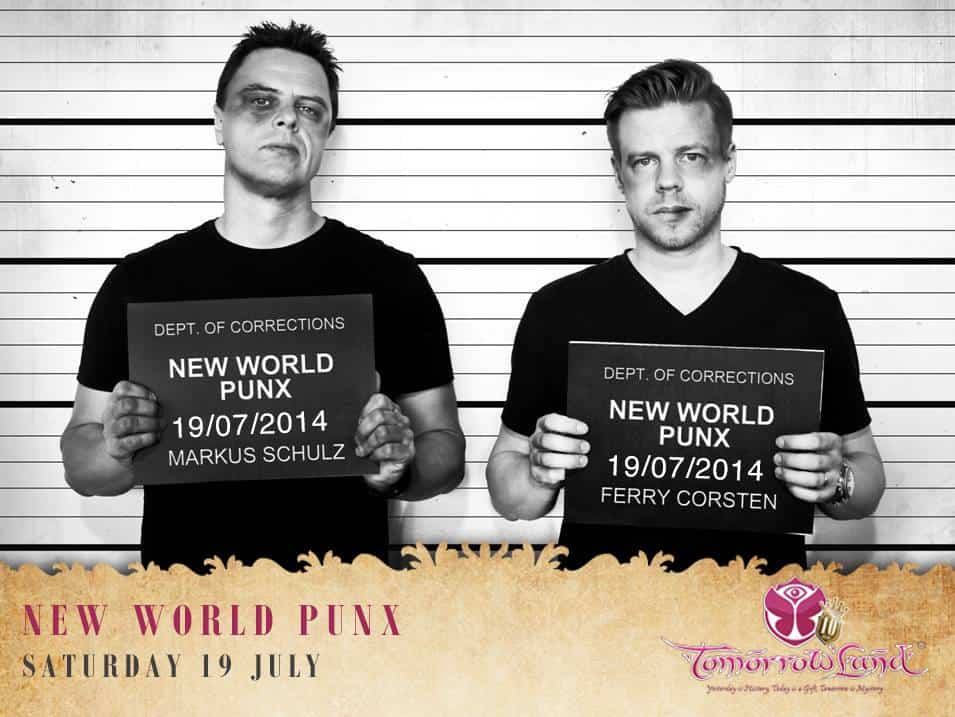 The dynamic and legendary duo of Markus Schulz and Ferry Corsten that makes up this newly formed group have received great reviews so far. Their recent set at Ultra Music Festival Miami had a full capacity crowd to their name. Athough the artists have performed individually at Tomorrowland including a 12 hour mammoth set by Markus Schulz last year, they come together to perform as a duo for the first time. Recently speaking to Stylemag.in, here is what Markus had to say about New World Punx and their presence this year at Tomorrowland:
“The fans can always expect me to create something special. But I think that’s the thing with this year’s edition. Everybody, whether it’s the DJs, the production team, everybody is really wanting to do something special this year. I’ve seen some of the blueprints for some of the setups and some of the things that they are doing and it’s exciting to be part of such a creative and artistic group of people that want to do something special. Not just do the same thing and put the number 10 on it and say “It’s our 10th anniversary”. But everybody that’s involved with this has said the same thing. They really want to do something special this year.” 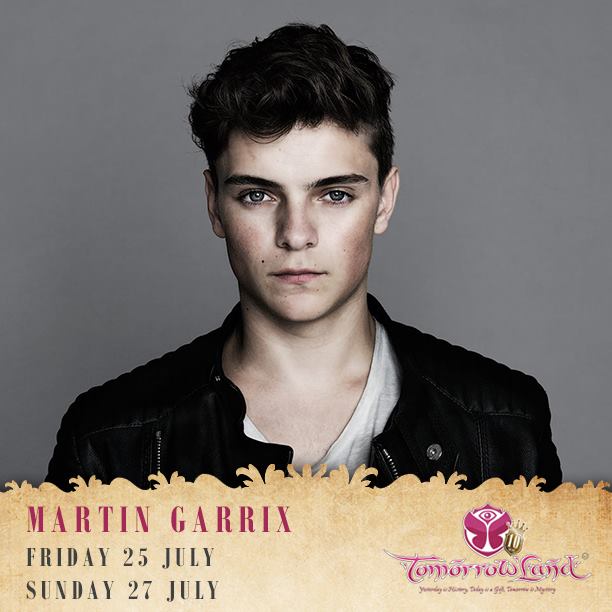 Labelled by Tiesto as the best young talented producer to come out in recent years, this young prodigy is already stepping it up with his new productions such as Helicopter and a collab with Dimitri Vegas & Like Mike in the name of Tremor. After his success with ‘Animals’ which garnered him millions of fans across the globe and a series of main stage performances at leading festivals, nothing less than a Mainstage performance at Tomorrowland this year looks likely. 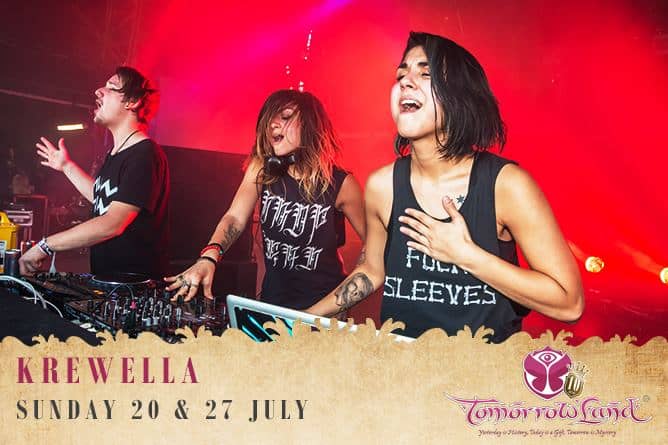 A debut for the band this year at Tomorrowland, Krewella’s rise to fame has coincided with their collabs on various fronts with big names in the industry such as Nicky Romero and the release of their album ‘Get Wet’ in September 2013 last year. The Chicago based trio of Jahan and Yasmine Yousaf accompanied by producer Kris Trindl have since delivered many mainstage performances at Ultra Worldwide, EDC, Stereosonic, etc. We’ll have to wait and watch what they have in store for this year at Tomorrowland. A new album release before it perhaps? 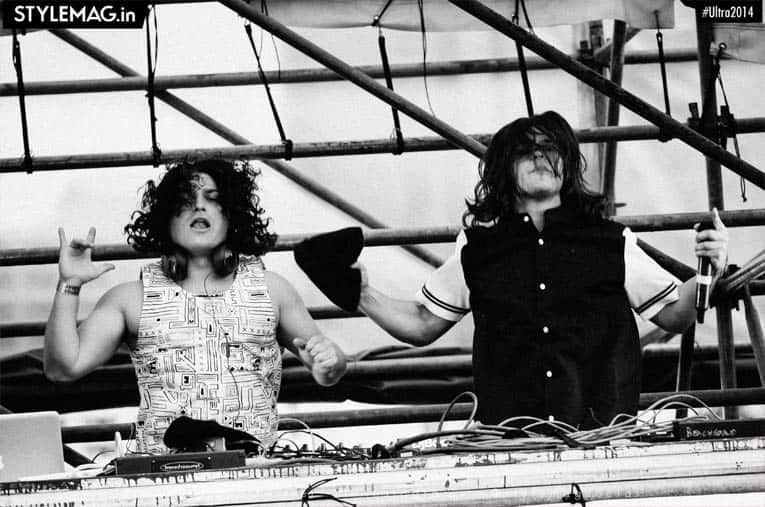 Brothers Chris and Andre of DVBBS have had a hugely successful first quarter in 2014. Debut performances at Ultra Music Festival Miami, awards and a performance at the 6th EMPO Awards Ceremony and tracks like ‘Tsunami’ have been some of the highlights so far. Their energetic and superior performance skills which makes them connect to the crowd has been a plus too ever since it has been a tried and tested success trend at events and Music Festivals. To add to it, recent support by Tiesto shown at Ultra Miami 2014 for their new single ‘Get Dirty’ in collab with Moti adds the cherry to the pie. Know more about DVBBS in our special Interview.

Bassnectar is the brainchild of Lorin Ashton, and his open-sourced musical project is as diverse as it is imaginary, as raw as it is meticulous, and as fierce as it is stunning. Spanning the spectrum of sonic style, the music draws inspiration from every genre imaginable and supplies a synthesis of intense, wobbling basslines and hypnotic soundscapes for a devout international audience that desires the beautiful and the bestial in the same breath.

The second phase of artist announcements would surely be soon on it’s way. But with a first phase lineup so strong and attributed with variations of many genres, who can ever complain about the Tomorrowland lineup any year?
Here is the complete phase 1 lineup: 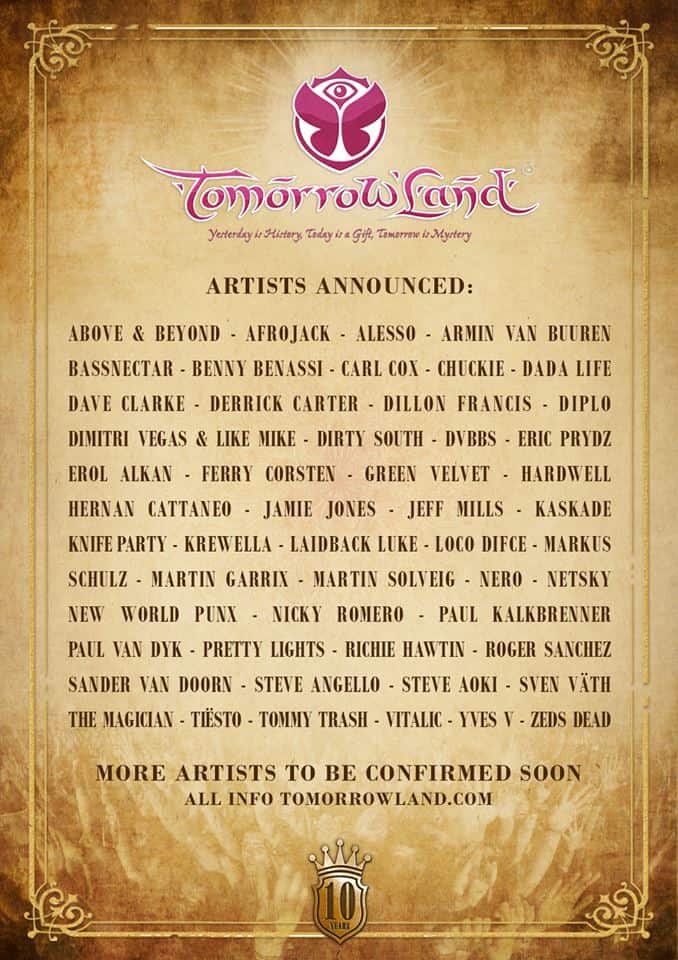