It takes more than top name artists and large number fans to make any music festival or event look complete. That’s where pioneers of production and visual art come in the picture. Vello Virkhaus, who we regard as The Visual Magician, is one such name known very well in the industry for bringing defying visual effect and production concepts to the fold.
The brilliance in lighting effects, giant LEDs, spectrums and more we see at some of the biggest music festivals worldwide such as Ultra Music Festival, Coachella to name a few, have been orchestrated by Vello and his team, who operates by the name of V Squared Labs.
Named in the 50 most important people in EDM 2014 by Rolling Stone, at Ultra Music Festival 2014, we finally got our hands on one of the most busiest of them all, Vello himself who was kind enough to get in an in-depth conversation about the stunning Vortex at this year’s mainstage and more on Visual Jockeying.

To everyone out there who still live in a cave, kindly give us an introduction of yourself.

Hi, I am Vello Virkhaus, visual artist  & I run a company called V Squared Labs and we are here at Ultra Festival doing visuals in the main stage and helping co-ordinate visual artists and putting some technology for Carl Cox and having a great time.

How long have you been doing this?

We are talking about 20 years when the technology was very different. How did you adapt with time? Did you have to study something back then or something?

I started really with multimedia but some of our first raves had pretty low end video equipment, film libs and slide projectors but we still use a lot of film libs; its affordable and its a great way to project work and film. Early computer graphics were very expensive, cost prohibitive when the Apple came out that was a ground breaking computer that had multimedia. I have been through a lot of different emerging tools and you kind of adapt with technology and grow and learn new things.

Right now, for the mainstages R Media Sserver; its a software we wrote inside another software called Touch Designer so we have been developing our own performance tool to map video the way we want to map in 3D space. We take this tool to all the festivals we put it in the front of house to operate so its our prioratory tool. 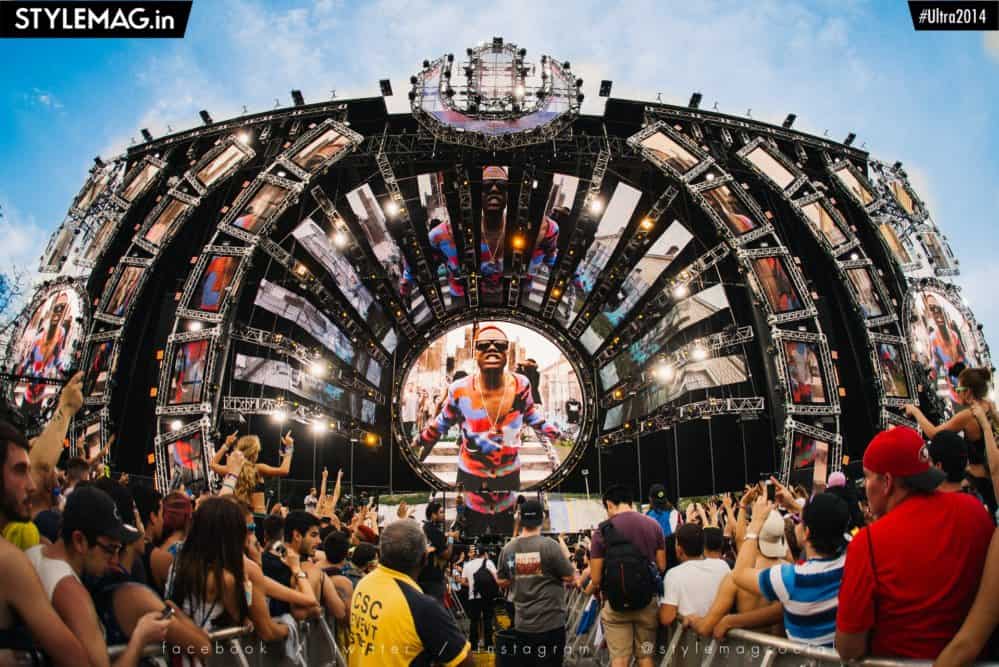 This year we have really compacted the setup and we put in a very Ferrari type tight race track and the stage is beautiful. It has a lot of depth to it which is different and working with that depth and mapping is a lot different than last year. It was very plainer and kind of in a pattern based and this year it has a lot of depth and thrust and its a lot of spatial effects draw you out and pull you in. The vortex has a lot of possibilities at the surface.

What about the other stages at Ultra Music Festival such as the Carl Cox Arena, Worldwide Stage, etc?

World glide has a different sculpture at the middle of it and Carl Cox has a brilliant design by Steve Lieberman. I am a big fan of all his work and I think he cant make something that sucked. Cox is just another total amazing geometric structural form being brought to life with motion control motors, moving lighting and beautiful visuals. I think that the flattened down square forms at the ceiling are neat; I think that is a new thing and is a different design. 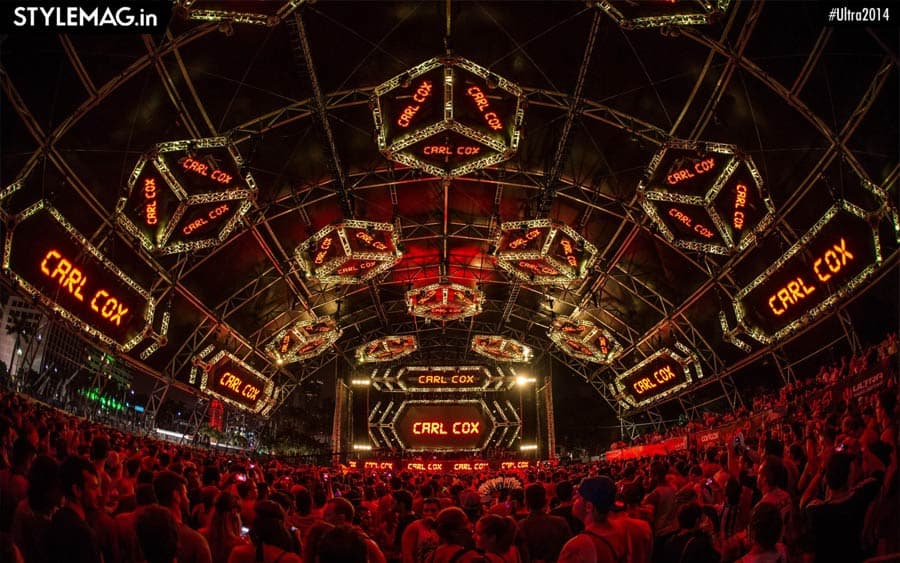 There must be a lot of visual engineers working at Ultra. How big is the team this year at Ultra?

Our team that worked on this show had 15 different video artists working on different stages and their assistants. So its kinda a small team.

Where are your company headquarters located?

Do you plan to start something like a visual school in the future?

Some guys came to visit me tonight that are a big inspiration from School that is a VJ School named Dubspot. The CEO of Dubspot, Neil Marsh came and visited me on the main stage. He is a stand up guy. Some friends of mine teach in a DJ School and a VJ School I think its great to do that and I would love to teach people how to VJ and teach people how to use technology all the time. 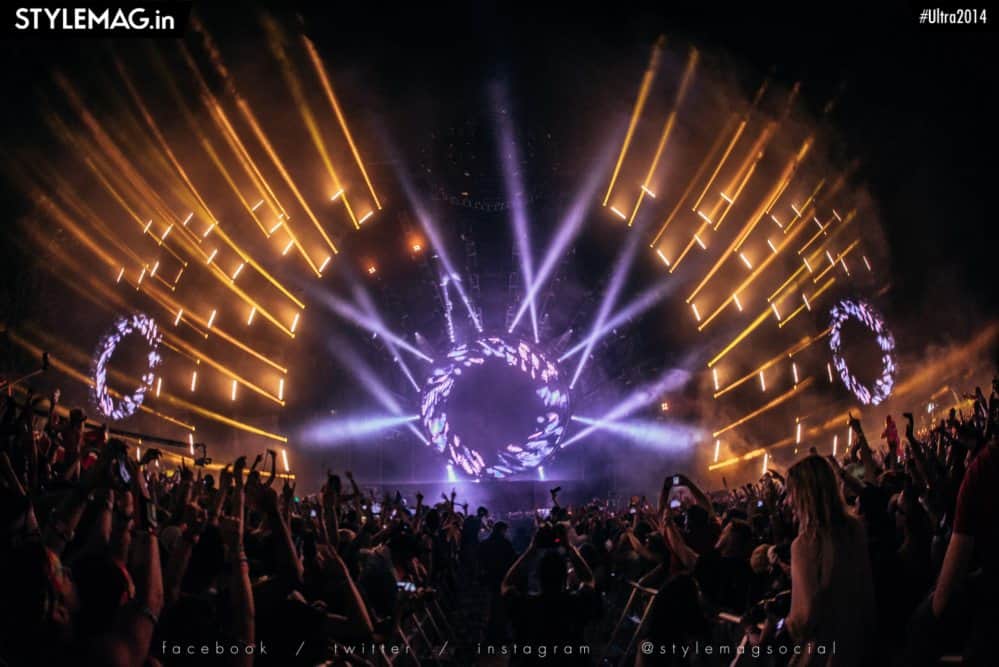 What do you think about the prospect of starting an Online Visual Workship?

Anything is possible. Could I conduct the entire course? No. But could I do a workshop for like a week or 3 workshops as a part of a class? yes Maybe when I retire I ll be a teacher

Who is the craziest in the Ultra family?

Crazy in the best way ever is Damian. He is a great guy. He is the craziest one can ever be.

The craziest artist you have ever met.

Has there been any incident in your Visual Career where something went wrong?

My favourite story of Visuals Gone Wrong was  when I started doing visuals; A rave I was doing in Chicago in a high school gymnasium, not a concert venue where one the attendees became greatly disturbed by the visuals we were playing and decided to push over all of our film projectors which we had stacked on top of 3 tables and pushed all over and they all smashed the ground and broke and he went running out the front door. Security caught him and pinned him down; the police came and took him away. He was under a psychedelic overdose. I can understand because we were playing some life-questioning videos of various strange oral surgeries and it was a wrong time too much of one thing little bit of another thing moment there was no back up. Its quite funny because of the smashing.

What would you define 3D projection mapping actually as?

Its kinda lot of to really do a 3D projection matching perspectives and matching viewpoints and really needs to run off a 3D view that matches the view you are working on. So whether you are producing content at this kinda view of exactly what you are looking at but its transforming a surface and its beyond just corner pinning and 4 edges on either side of a cube and calling it mapping. Its really not a 3D mapping but its really reprojecting onto itself. Its an augmented reality technique you are matching view point of something else and lining it up. And it brings an illusion effect that you get out of it. Its a suspension of belief. By reprojecting an alternate reality onto another reality, its an augmenting of it. That is what I see it as. 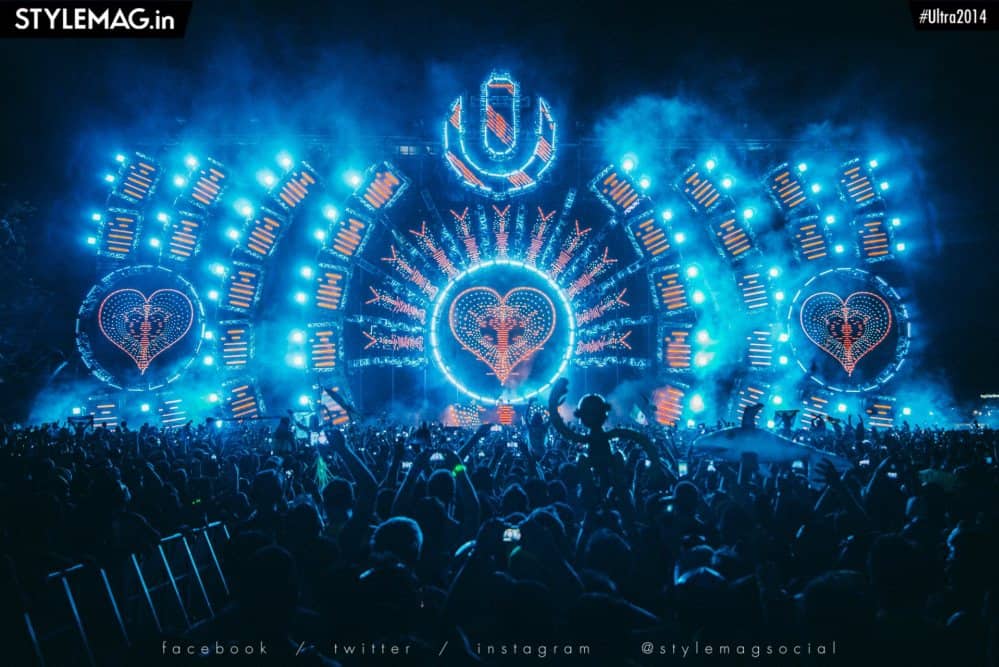 Is there some absolutely new kind of radical concept that you guys are working on?

Apart from Ultra which other music festivals have you worked on?

Well I have been working with Insomniac as long as Ultra and I love all the EDCs and those events. We are gonna be a part of all those events in the summer. EDC New York and EDC Las Vegas are coming so we will be there. 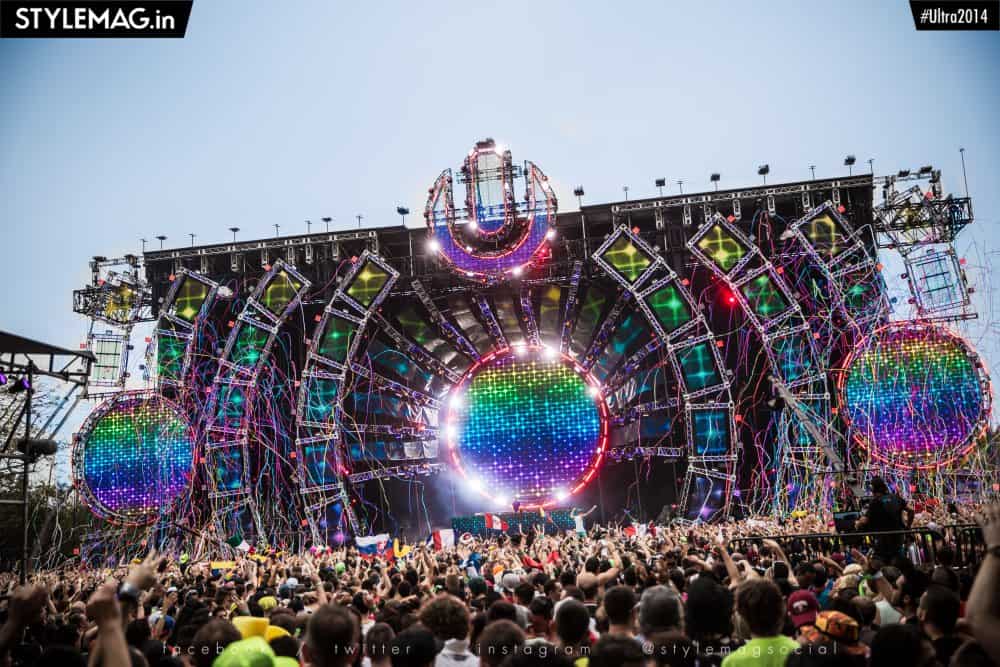 What message do you have for everyone who are experimenting the world of visual technology and creativity?

Just push yourself and keep the quality high and try embracing creativity.