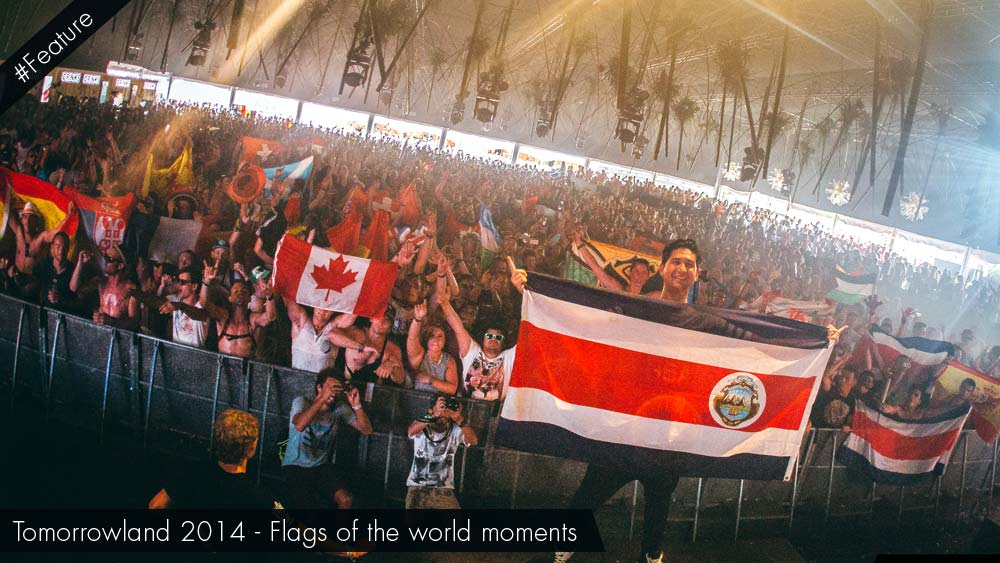 The festivities at the 10th edition of Tomorrowland witnessed fans from all over the globe flying all the way to Belgium to experience the madness. A common norm, they proudly flaunted flags of their respective countries highlighting their attendance in the rightly hyped music festival.

While some happy folks held their flag together, in hand with their fellow citizens, some came dressed colour co-ordinated with their flags. Some wore it as scarves or cover-ups. People from various countries bonded and found their mates from back home at the fest. The result being two whole weekends of bonding over love for music irrespective of one’s nationality.

Here are 15 Flags that caught our attention at Tomorrowland. 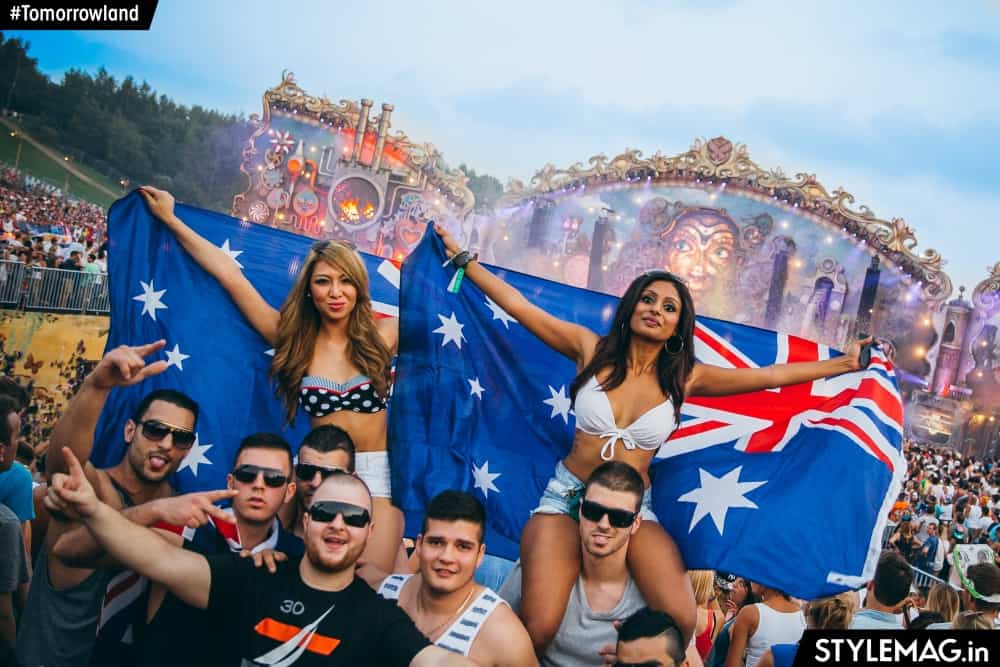 Two women were seen cheering DJ Netsky while flaunting Australia’s huge flags as their friends lifted them on their shoulders.

Flag: Australia
When: Sat -26 July
Where: Mainstage
Which DJ : Netsky 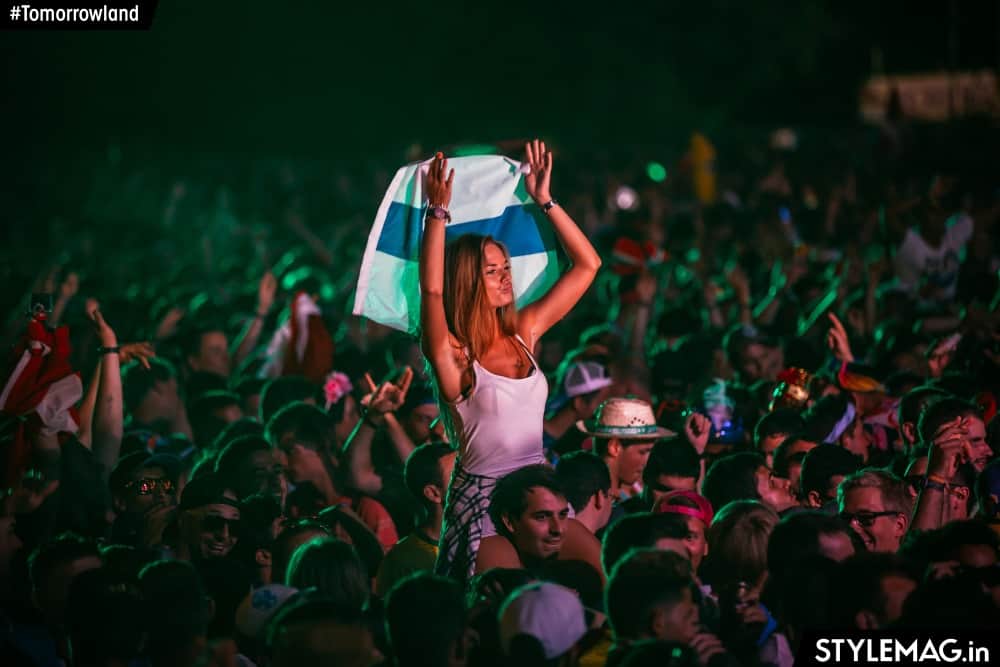 Keeping her outfit simply monochromatic, she pulled all the attention to Greece’s flag as she stood up and held it with a proud smirk on her face. 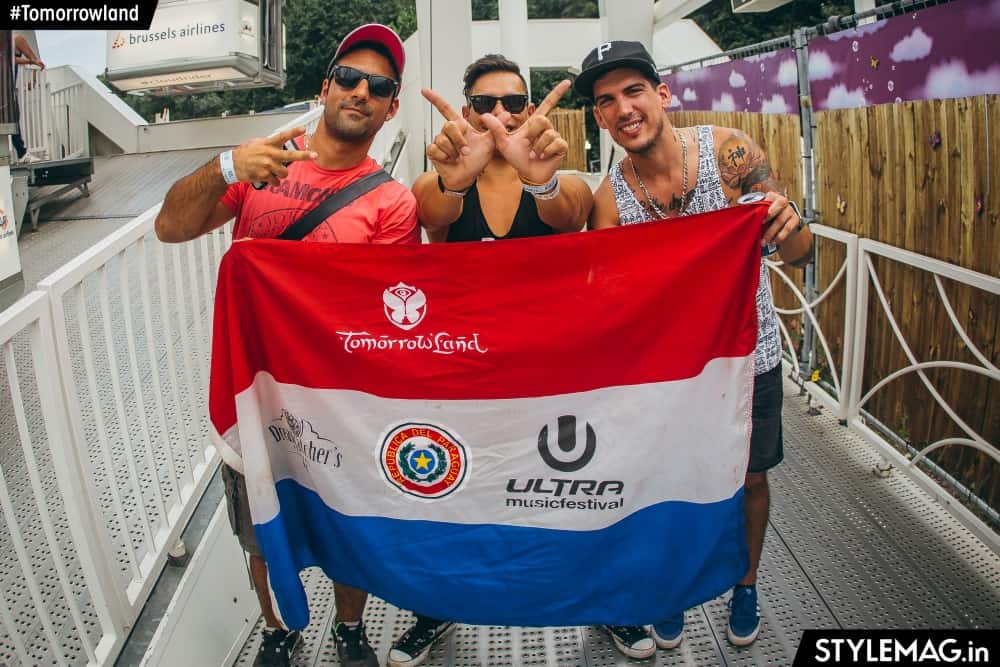 These excited Paraguay boys held a single huge flag of their country, with Tomorrowland’s logo on it. Cuties from the same country come together.

Flag: Paraguay
When: Sun – 27 July
Where: Brussels Airlines Cloudrider behind The Opera Stage
Which DJ : 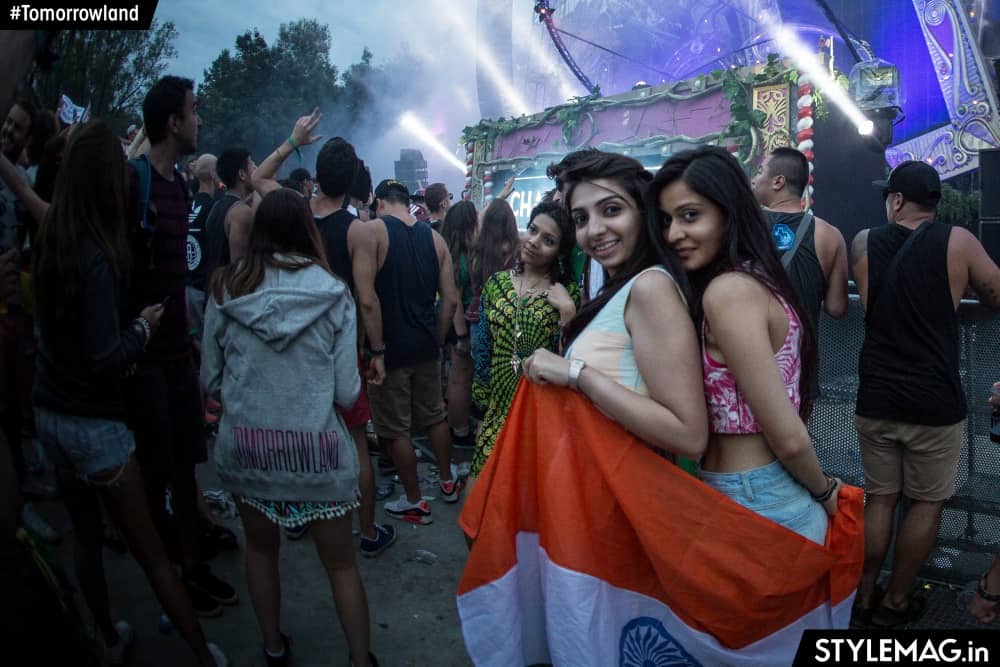 Two adorable belles from back home held our flag together and almost covered themselves in their love for India.

Flag: India
When: Fri – 25 July
Where: Dim Mak Stage
Which DJ : The Chainsmokers 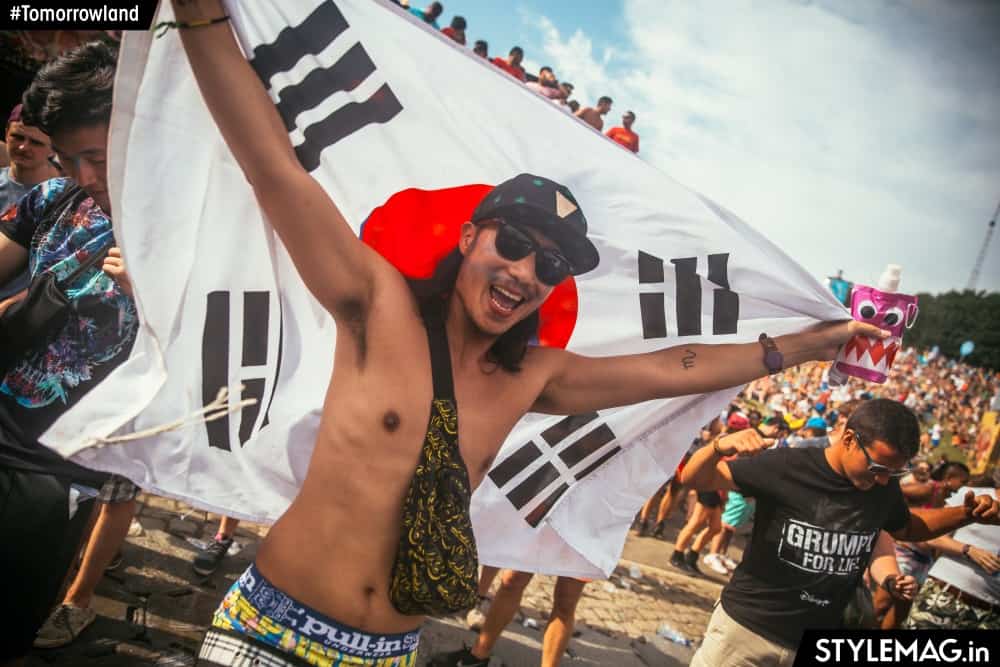 This guy from South Korea ditched his shirt and held a flag of his beloved homeland instead, as he cheered not just for the DJ but also for his own country. 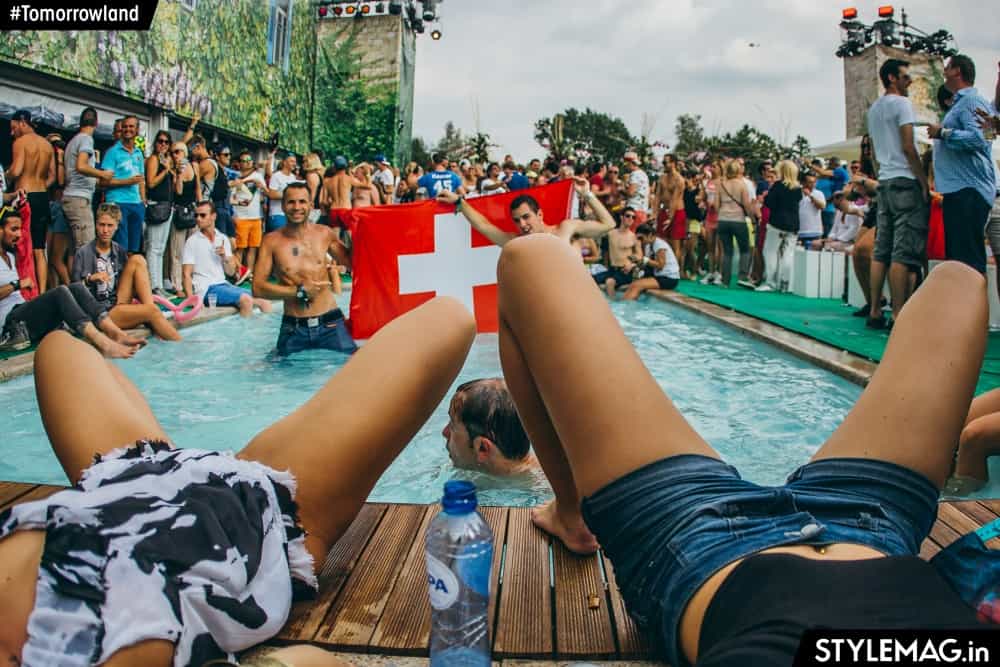 Switzerland passport holders excitedly flash their flags as they jumped into the pool for some refreshment. Love knows no boundaries. 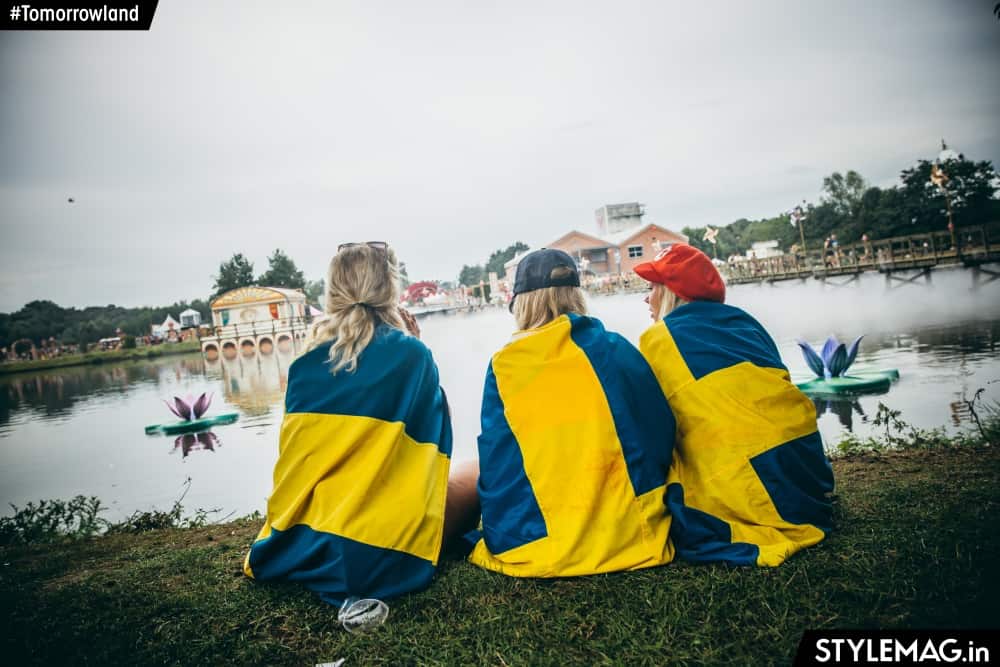 And if it gets a bit cold, you can always wear your country’s flag like a cape. Three women spotted as they sat looking over the Tomorrowland bridge with Sweden’s flag wrapped around each of them.

Flag: Sweden
When: Sat – 19 July
Where: Near B-EAT. Lookover the famous Tomorrowland Bridge
Which DJ :