Magazine covers featuring B-Town divas have always tempted us to take a peek inside and read through the magazines. Recollect the iconic looks of Sonam Kapoor and Deepika Padukone featured in the Vogue 2013 covers. Didn’t their impeccable looks impress you? Didn’t you desire adorning the admirable looks of the cover stars? After reading this article, you should definitely try these 5 Ways To Update Your Plain Black Tee.

Here are our picks of best ten magazine covers of 2014 so far. 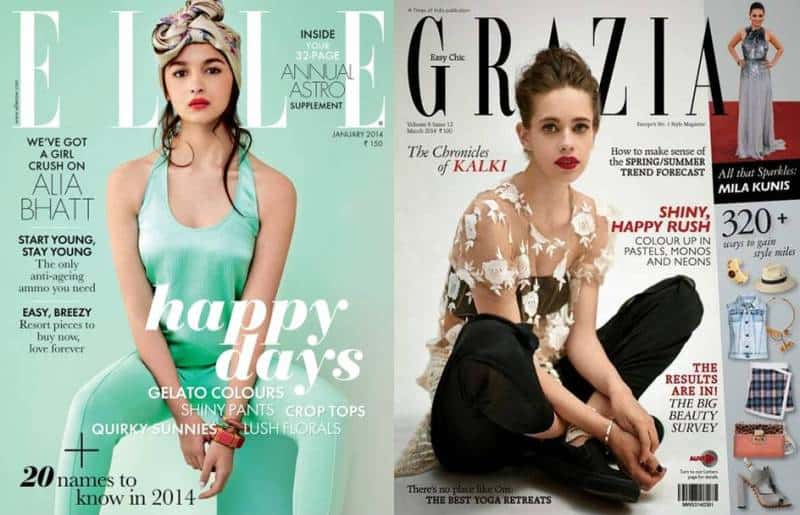 The start of a fresh new year 2014 captured Alia Bhatt as the cover star in her fresh and splendid minimalistic look. Robed in accents of soft pastels, the monotone separates complemented her minimalistic charm. Cliche hot red lips accessorized with floral scarf gave us distinct hints and reasons to adorn happiness the whole year. 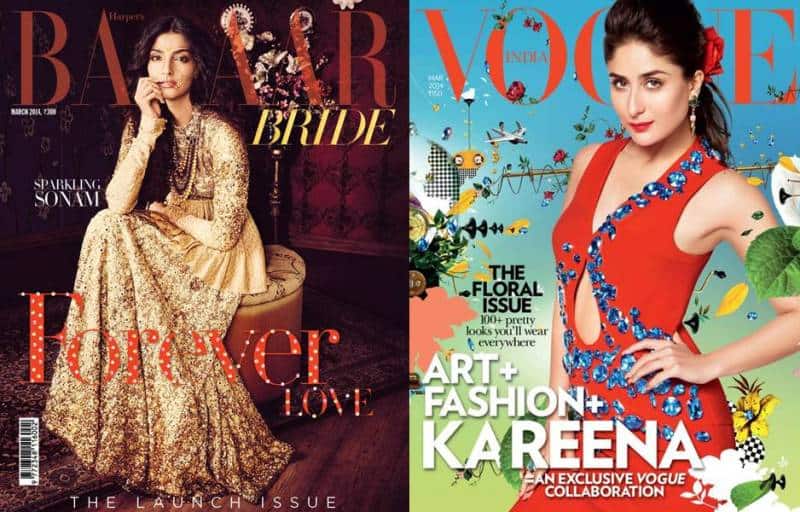 The Harper’s Bazaar Bride India Edition made its successful debut with Sonam Kapoor as the cover girl in the launch issue. The actress dazzled in a Sequinned gold Sabyasachi bridal couture (lehenga paired with peplum blouse), adding a lavish and ethnic feel to the magazine cover. Make-up done by Namrata Soni.

Vogue’s Floral Issue was a blend of art and fashion with Kareena Kapoor Khan gracing the magazine cover. Vogue collaborated with the duo artist Thukral and Tagra for the exclusive artistic March 2014 issue. The cheerful and bubbly actress looked flawless in vibrant red outfit.Styled to perfection, Anaita Shroff Adajania’s work is worth an applause. 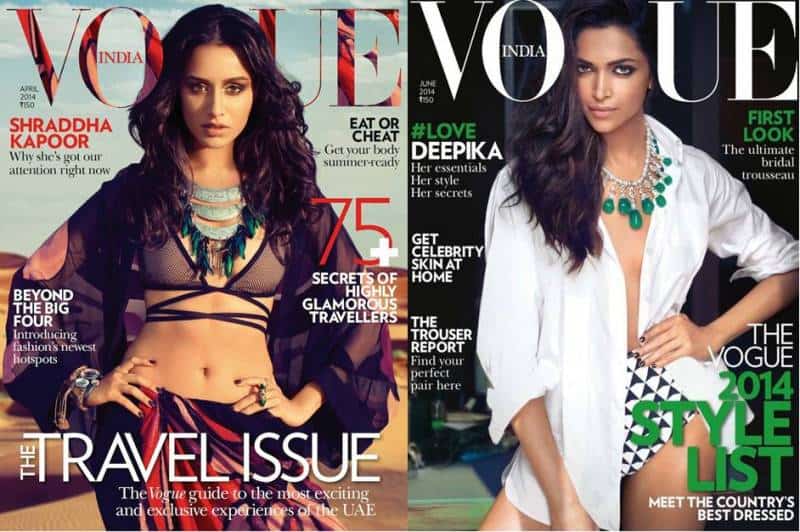 Shraddha Kapoor’s first cover for Vogue India was worth fitting in our budgets for the month of April. The sheer black kaftan paired with bikini from Gucci’s Spring 2014 collection, defined the dessert goddess look. Captured amidst the yellow sands, wearing a layered metallic statement neckpiece, the breathtaking appearance of Shraddha complemented Vogue’s Travel Issue. 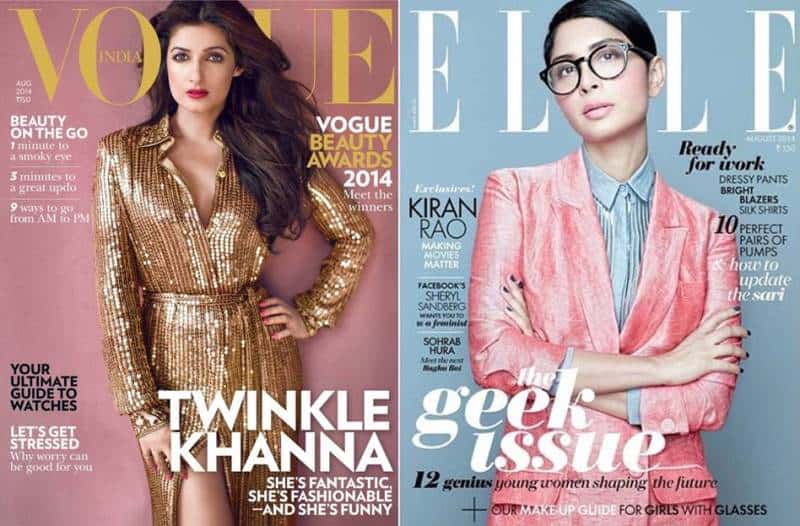 Gorgeous actress Twinkle Khanna embraced Vogue’s August 2014 issue with her dazzling shine and glamour. Robed in a Emilio Pucci gold sequinned dress, Twinkle sparkled being the spotlight on the magazine’s cover. Her sizzling bold red lips and smokey eyes perfectly complemented the glitzy attire. She rocked her first appearance into the Vogue cover. 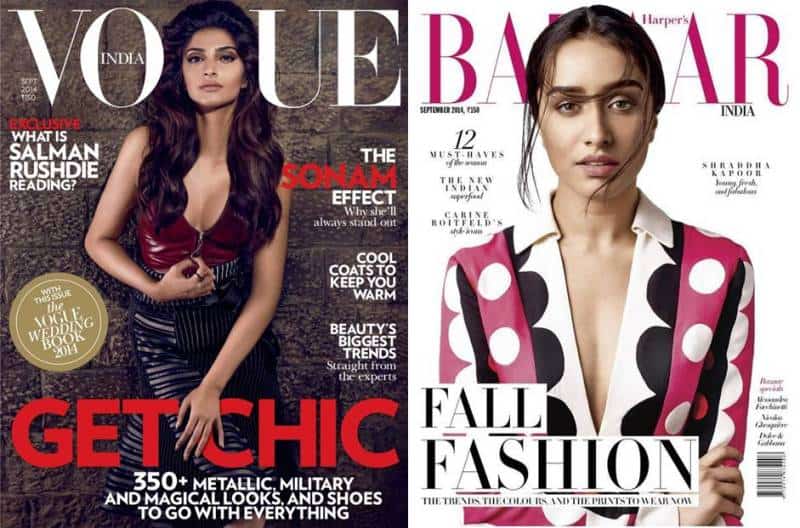 Adorned in a Louis Vuitton ensemble, Sonam Kapoor describes every bit of a fashionista featured on the Vogue magazine cover 2014 edition. Her glamorous poise and refined appeal is worth appreciating this month’s issue of one of our ideal magazines.

The delicate B-Town chic, Shraddha Kapoor seized a picturesque moment for Harper’s Bazaar India being the new cover girl in the September 2014 edition. Styled by the renowned celebrity make-up and hair artist Daniel Bauer, she looks elegant wearing a collared V-neck polka dotted shirt. The arid look defines the new magazine issue which is all about autumn fashion.