Here we are a couple of weeks out from TommorowWorld 2014 and if you are anything like me that week’s feeling of utter exhaustion is being quickly displaced by the familiar itch of festival withdrawal. With that balance in mind I think it is a proper time to reflect back on the second coming of TommorowWorld. Between the legendary reputation of the original Tomorrowland in Belgium and the highly anticipated and highly successful premiere of TomorrowWorld in 2013, this year’s festival had a hell of a lot to live up to. Here is a quick run-down of how TomorrowWorld 2014 squared up and why we feel it has reigned supreme as the best festival to experience in America. 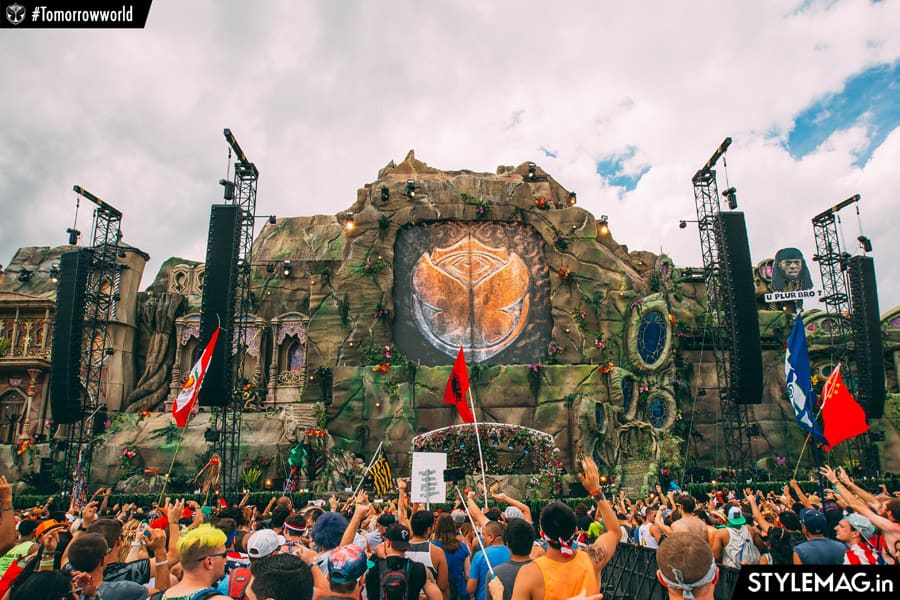 TommorowWorld organizes its 8 stages by host/record label, which I think is a brilliant concept. It allows a lot of talented artists to reach novel fans by winning them over in person. This concept proved efficacious for artists like Tyler Sherritt, who mesmerized the crowd at Friday’s Trance Addict stage, Justin James who warmed up Saturday’s M-NUS stage and Borgeous who riled up the crowd at the Main Stage on Saturday afternoon. Backstage the number system seemed the best way to communicate where you were headed, but on the grounds it was a little less obvious. 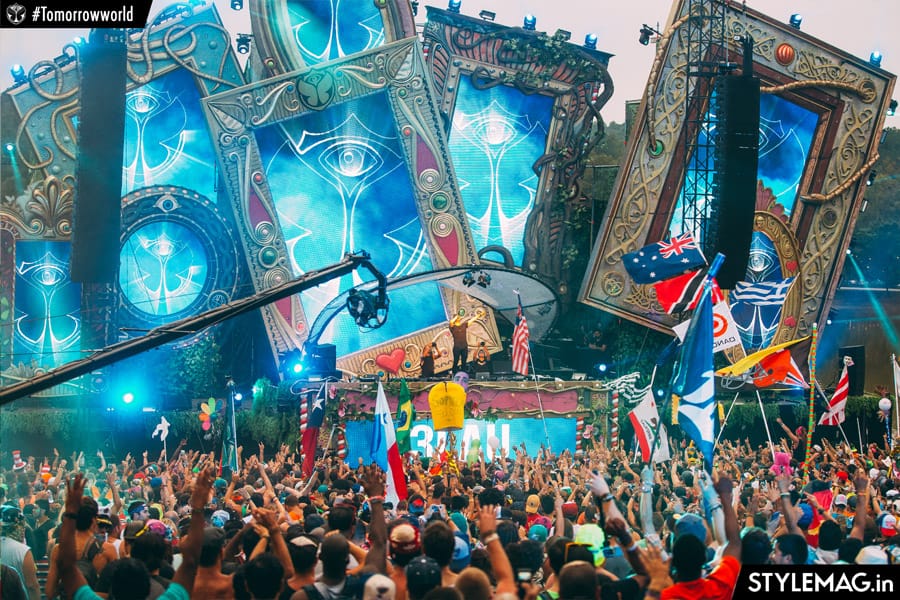 Luckily, this arrangement also makes things much easier for the festivalgoer. For the most part, one can post up at a stage for any stretch of time with a pretty good chance the acts will be in your wheelhouse. It also seems that festival planners took fans’ tastes into consideration. Often stages of genres that share devotees were thoughtfully placed close to one another so that it was easy to bounce back and forth between stages. So, aside from the very minor name confusion, this arrangement is hugely successful.

A couple of artists from last year were obviously missed, including industry heavy hitters like Calvin Harris, Afrojack, and Armin Van Burren, but in my opinion TW more than compensated with additions like Richie Hawtin, Martin Garrix and Skrillex. 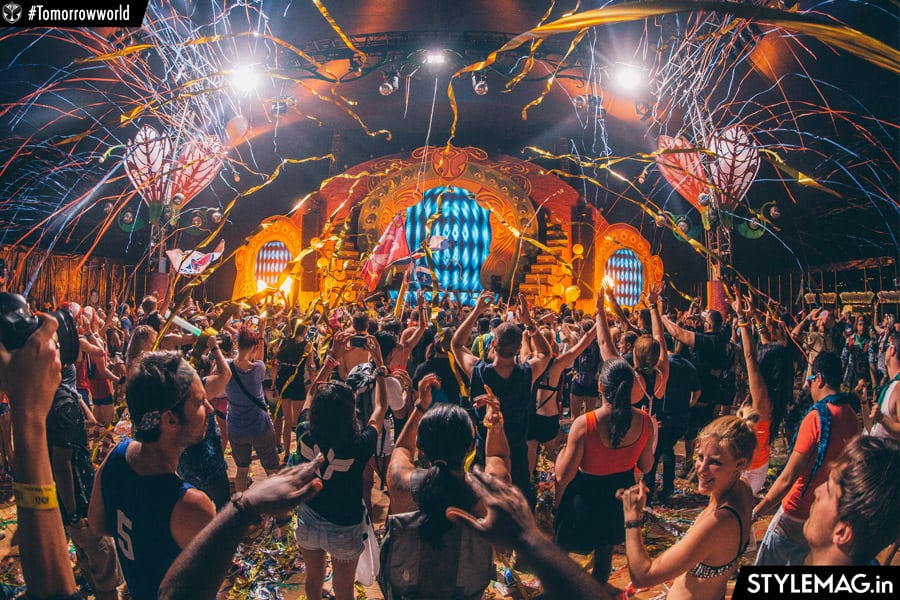 Richie Hawtin’s set was an unexpected gem for me. His engaging performance included a sample from one of his protégés, Justin James, who I saw get a little misty-eyed watching from behind the board. From my POV I also had the good fortune to watch Hawtin at work with his Native Instruments Traktor setup. His label, M-NUS, for which the stage was named on Saturday, is known for its use of innovative technology. In addition to Hawtin’s invention, the NI Traktor, they incorporate Ableton, a tone pad system also mastered by artists like  ill.Gates and Bassnectar, which is awesome to watch in action. Skilled artists like these make it look easy, but that is definitely a product of their grace not necessarily the equipment’s simplicity (no ‘space-bar pressing’ DJs here!).

There were some sophomore acts that far surpassed the already high expectations of the crowd, the best instance being an über-hyped set from Dimitri Vegas & Like Mike. The duo took the Main Stage Saturday night and proved they were hyped with good reason. Their high energy set followed Steve Aoki and preceded Skrillex, so they pretty much commanded all of TommorowWorld’s attention for that one hour (sorry Diplo!). From the lawn of the Artist’s Mansion (a beautiful spot overlooking the rear of the main stage) I could hear their Red Hot Chili Peppers remix, Snow (Hey Oh), which obviously crushed because I also heard the crowd going bananas (and this was before the ridiculous fireworks display!).

There were a couple of other artists who not only played two years in a row, but also two sets over the weekend. Atlanta local, Le Castlevania,, played both a Friday day and a Sunday night set and Dirtyphonics played two sets on Sunday evening. Having two opportunities to catch Dirtyphonics saved the day for many on Sunday because there were a lot of excellent acts packed into the evening. This allowed for many more fans to watch the French duo deliver exactly what their debut album guarantees, Irreverence. 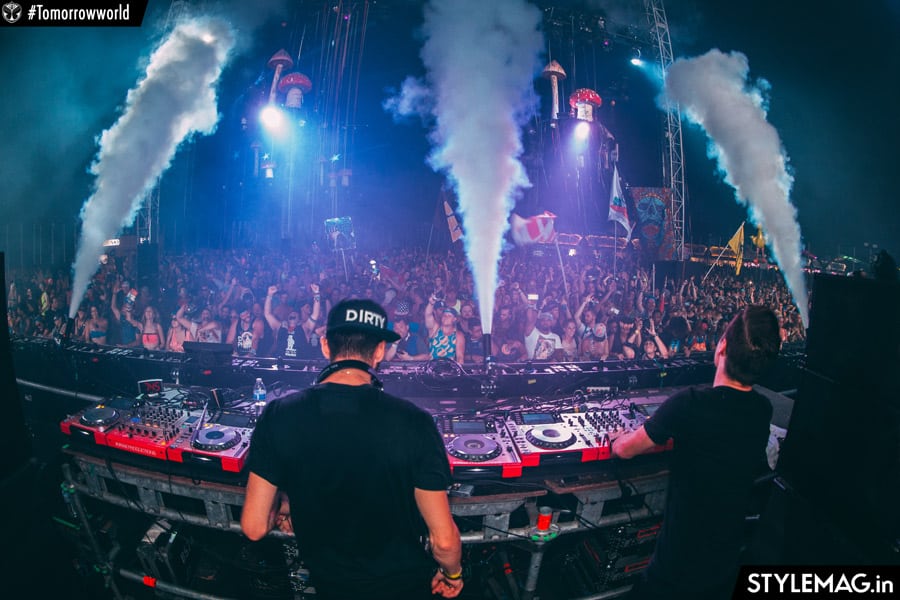 Of the ‘old standbys’ I have to say that I was far and away most impressed with Bassnectar’s set. As a massive Nectar fan, this was one show that I put my foot down for, dragging my coworkers along. I knew there would be no regrets because, how can you not have fun at a Bassnectar show? But I did not expect to be completely blown away. I have seen Bassnectar 4 times previously in 2014 and this was by far the best 90 minutes I have participated in all year. He has played progressively more new music as the year has gone on, peaking at TW. With some artists this live shift from old classics to new tunes can be a bit jarring, but Lorin’s ability to seamlessly transition back and forth never takes your mind out of the experience. The vibe of the audience decorated by creative and abundant totems, the stage, the lighting, even the trees and the natural amphitheater created by the sloped lawn – they all contributed to a breathtaking and moving experience. Even my trance-loving colleagues were roused by the affair. It was a great example of how I think music performances should ultimately be; something that the entire community actually takes part in (I’m always grateful when I get to use words like participate and experience).  So… now that I got the fangirl rant out of my system, there is one last thing I’d like to address. 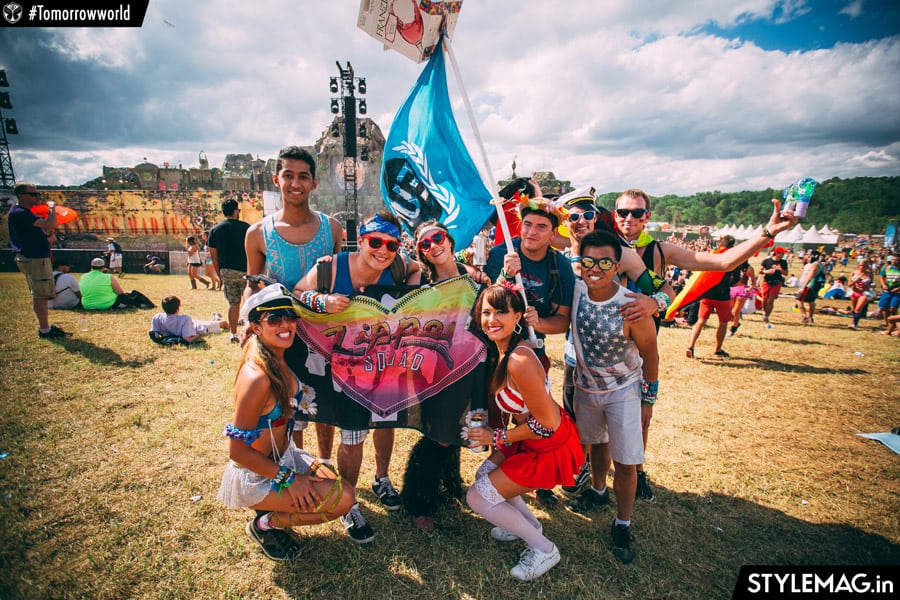 Domestically, Tomorrowworld is more fairly compared to something like The Ultra Music Festival in Miami. In my opinion TommorowWorld is perfect for what it is; a well-executed, well-attended, and well-enjoyed festival of ID&T.