To us, any young artist touring India always brings up an element of curiosity. Not because they may belong to a quantity of the unknown, but because of the fact that young artists are propelling at twice the speed our legendary senior squad artists have back at their age. We were sure Julian would enlighten the faithful in a country where Electronic Dance Music is growing faster than Jack’s beanstalk.

It isn’t a surprise that Julian started gaining all the plaudits as soon as he got out of high school. Being recognized by Spinnin’ Records at a raw young age was surely the catalyst and very soon they released his debut track ‘Rock Steady’. Followed by the famous vineyard format of expansion, Rock Steady was supported by some of  the biggest names of the industry in Pete Tong, Tiesto, Sander van Doorn, Nicky Romero, Hardwell and more.

“Everyday you feel blessed about it. When I make music and I send it to Spinnin’ Records then it is always like a dream come true.”

We were stirred up for the whole India tour curated by the folks at Deep Sound Entertainment. Being accompanied throughout the tour by David Lewis’s Guido, we knew Julian’s guidebook was full of the many experiences other artists have had here with Guido, namely, Armin Van Buuren.  The pair were stationed at the country’s glamour capital Mumbai and luckily since we avoided the early hours of traffic, we managed to get in an exclusive interview with Julian Jordan. 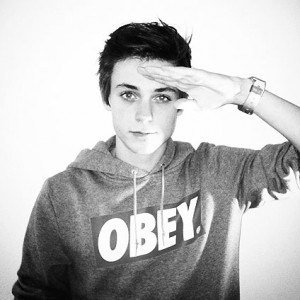 So how did it all kick off for you ?

I think I was 12 years old when I started DJ’ing. I was playing tracks, making mixed tracks and that kind of stuff but I missed them being my own tracks. I had a dream to play my own tracks in front of the whole crowd. At that time my dad gave me a program called FL studio and I still use it and yes, I learnt it myself. So that’s how it all got started.

Your debut ‘Rock Steady’ seems to be the catalyst. How did you come under the Spinnin’ Records radar?

It’s a pretty funny story because at the time I was 15 years old. I used to send all my track demos to labels by emails.I also used to send it to certain artists for promotion. Somewhere around the middle of all that,I got a mail from Spinnin Records. What turned out to be was not actually Spinnin Records sending me the email but a hacker who had hacked the official Spinnin E-mail. A month later I saw the track on beatport number 7 and it was from an alias name. It was originally my track so it got me angry which prompted me to post the whole case story on social media networks. Rightfully so, a big Dutch media company saw it, picked up the story and said, “Yes we want to write about this!”. And so they wrote about it and more justice prevailed when Spinnin saw that story. I was soon contacted and asked to send my next track. Everything there on went as smooth as ice for me and that is how it all started.

I really like India. I like the crowd here. Its very positive and I think the most crazy part is how the crowd responds in a very supportive way. They are very supportive in the clubs and you can clearly see how Electronic Dance Music is coming up in this country.

Did you ever expect Tiesto, Sander van Doorn, Nicky Romero, Hardwell etc. to support your tracks?

Well it went pretty pretty fast. I think when I was 15 years old I started making music. I never thought so much would change in one year. Now its like you make a track and its pretty dope when you get support. But back then if you had told me that I would be supported by Nicky or Tiesto I’d think you were making a joke.

How does it feel to be recognized by Spinnin Records?

It feels amazing. Everyday you feel blessed about it. When I make music and I send it to Spinnin’ Records then it is always like a dream come true.

Your first club gig and how was music for you as a kid ?

The first official gig I did was at Paradiso. It’s a venue in Amsterdam and its very nice, I played there when I was 16 so it was the first big gig for me. When I was 6 years old I started drumming, so I did that for 8 years and after that I stopped drumming, focused more on producing. I grew up listening to Tiesto. My brother made me hear a lot of tracks of Prodigy and a lot of hip hop, so I had a very different catch on music during my childhood.

How has your experience in India been so far?

[one_half_last]My experience in India has been great. I really like India. I like the crowd here. Its very positive and I think the most crazy part is how the crowd responds in a very supportive way. They are very supportive in the clubs and you can clearly see how Electronic Dance Music is coming up in this country.[/one_half_last]

How did the crowd react when you dropped your famous track ‘Kangaroo’ ?

Oh it was crazy ! Lots of energy, jumping and screaming !

What is your take on Music and Culture collaborations?

How much of effort goes in producing music considering the vast diversity of genres in EDM?

The effort is always different. Sometimes when there isn’t much inspiration it takes alot of time. On days when I am really in the mood with inspiration, you can give me a laptop or a PC and I’ll be gone for hours!

How would you define your style?

I don’t think I have a fixed style. I really like different genres combined with dance music. I believe that I want to stand out of the books and don’t want to make a sound that already exists, I want to keep it fresh, making a new kind of a combination and that’s what I like the most.

What do you prefer to wear when not on tour and relaxing?

Caps! I think when I’m at home I love to wear jogging pants and just relax.

I really love ‘Billionaire Boys Club’. There are alot of other brands I love but I guess this one has started to be my preferred choice.

I really love the Nike Air Max and also the Jordans. I do have alot of sneakers!

A final message to all the young and aspiring DJ’s everywhere?

It’s the power of internet, so everybody can have their tracks reached out to other people. Its very easy with the internet. I think you just have to be original, make your own sound, not copy a lot, listen to other genres , listen to classical for inspiration too. If you do that I think your track can reach out a lot and maybe be recognized some day like mines!