India is widely regarded as the next big market for Electronic Dance Music. With the ever increasing success of Sunburn Festival that has gained global attention year by year, International festival Giants ID&T now have their sights set on India. Here’s a Rolling Stone Exclusive we stumbled upon today. Give us your thoughts.

…Via Rolling Stone India:
Dutch EDM Festival Organizers ID&T To Set Up In India
Co-founder of festivals such as Mysteryland, Tomorrowland and Tomorrowworld, Irfan Van Ewijk talks about bringing one of his EDM fests to India. 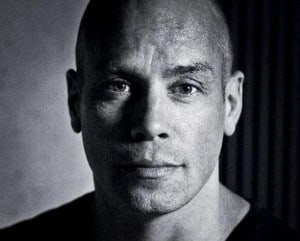 If electronica music wasn’t mind-boggling enough with the number of sub genres, DJs and festivals popping up before you can say EDM, there are events such as Mysteryland which travel across the world and ensure the fest has a fantastic draw wherever it is held. Organized by Dutch company ID&T, named after its founders Irfan Van Ewijk, Duncan Stutterheim and Theo Lelie, Mysteryland will take place at Harlemmermeer in Netherlands in August and Santiago in Chile in December. But before that, the festival, which has hosted DJs such as Armin Van Buuren, Paul Oakenfold and Swedish House Mafia since 1993, will set up at Bethel Woods in New York in May, the original site of the 1969 Woodstock Festival.
Says Van Ewijk, who was in India as part of MTV Youth Marketing Forum, “People have been calling up that venue [Bethel Woods] for ages and it’s been denied for whatever purposes, concerts or political rallies, except for the 25th anniversary of Woodstock in 1994. But we just clicked with them. We told them how we wanted to embody the message of love, peace and happiness in our attendees’ mind. That way, we position our festival is what appealed to Woodstock, which is why they granted us permission.” In his interview with ROLLING STONE India, Van Ewijk also talks about bringing one of their events to India. Says Van Ewijk, “We cannot reveal what we’re going to do, but we are going to deploy brands from our group in India very soon.”