At the grand old age of 18, Danny Avila has become one of the hottest acts in the world of EDM. From winning the ‘Best Newcomer DJ’ at the prestigious 2011 Vicious Music Awards at just 16 through to touring Asia, North America and Europe at the side of Tiësto at the close of 2013, Avila has risen through the ranks of the dance music elite based on his searing ability to demolish the world’s most prestigious dance floors and a talent for music production that has seen him snapped up by the likes of Interscope Records, Big Beat Records, Spinnin’ Records, Musical Freedom and more.

After witnessing his breathtaking set at Ultra 2014, we got a chance to interview Danny Avila from the Stylemag HQ. Humble, honest and extremely talented, here’s what Danny had to say:

The big bang came in 2011 when you won the ‘Best Newcomer DJ’ at the prestigious 2011 Vicious Music Awards aged just 16. How did it all start before that?

Well it actually started 4 years before I got the award. I always used to play instruments as a kid and was involved in music. It started when I was around 11-12 years old when I was living at Marbella which is in the south of Spain. I moved to Madrid when I was 15 simply because I wanted to reach the next level because you cannot play too many shows at Marbella; since it’s more like a village. After a couple of years, I started working with people from Madrid and played some shows there. And then followed the award. It felt great because just being the second year of living in Madrid and winning the award was pretty big for me. 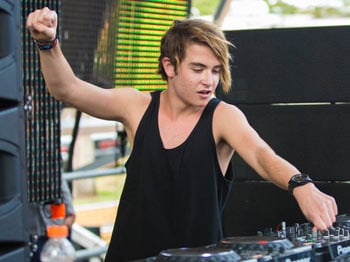 Were you always into music growing up as a kid?

Any memories of the first ever track you fell in love with?

It was ‘Put Your Hands Up For Detroit’ by Fedde Le Grand which was released in 2007. It was a very big track back then and I used to play it 20 times every day. Besides that track, I also loved DaftPunk’s album called ‘Homework’ too. It was pretty cool.

For someone to leave to another city at the age of 13-14 and make money themselves and come so far in such a young age, is a feat itself. How difficult was it for you? Did it ever have an emotional effect on you being away from home?

It did make me homesick at times. But that was one part of it which was missing my family and friends. But what kept me going was my love for music and I did what I really wanted to do. I really wanted to be able to live with music for the rest of my life. That thing kept me going and working and fighting hard. It was pretty tough because my family lived 5 hours away at Marbella. In the end it all turned out good and I’m happy with that.

What has been your favorite residency so far? Any fond memories in particular?

2012 followed by a personal request from the great Tiesto to play at his Pacha Ibiza party. Tell us more!

Fast forward to today, you have played at the biggest music festivals such as Coachella, Ultra, EDC, Tomorrowworld and more. Which one has been your favorite so far

I never really had a favorite festival out of so many or differentiate them till I played at Ultra this year. Ultra this year was one of the best shows I’ve ever played. Not only because of the show itself which was amazing, but also because it was streamed LIVE to around 150,000 people. And for an hour I was trending worldwide which was huge and incredible.

With such a mammoth crowd always being present for your energetic sets, is it nerve wrecking to always deliver or do you just go out there and believe in giving your best?

For me, my thing is pretty much all about energy. But at the same time, you cannot focus the full set on high energy because people get tired. You have to play with the highs and lows, the vocals, mix it up and more. It’s more like a journey. That’s where the good music part comes in. Everything together puts on a great show.

How do you choose tracks for your set? How do you find new music?

How was it playing at Ultra this year?

Honestly, it was an incredible feeling. My set was obviously the most incredible one I have played. The whole vibe is great. Every one is there and having fun. Promoters, DJs , producers are all present. There was one moment at Ultra during my set when I played a set called Spectrum, I had goosebumps. The track had vocals and when I played it, the crowd just exploded. It was really great.

Excited to play for Ultra Europe in July?

It’s my second year playing at Ultra Europe. I was really impressed seeing the stage last year. How they bring everything to Europe overseas. This year is going to be better. Every year it becomes bigger and better and this year I’m expecting it to be the best.

What do you think of Croatia being touted as Europe’s next big party destination?

Croatia could be the next big party destination. It has a lot of great locations. It is a beautiful place with beautiful people and great music culture. I think it can definately become one of the best spots for Electronic Dance Music in the near future.

Do you think there is a culture difference in festivals across Europe and The Americas ?

There is a difference. I wouldn’t say if it’s worse or better, but it’s different. For example, in the Americas you have a Rave culture with the neon lights and the neon clothes and more. In Europe you do not see that much. Also the way I play, is also a little bit different in the USA and Europe. But this is what makes it more interesting for us to have variety in our sets.

What is in store in the pipeline ahead for you? Any new tracks, collabs?

I have 4 or 5 new tracks coming up. Two of them are collabs with artists from Sweden and France. I have been playing those tracks lately in the studio and they have been sounding really great. I think they should be out in 2 or 3 months to be precise. 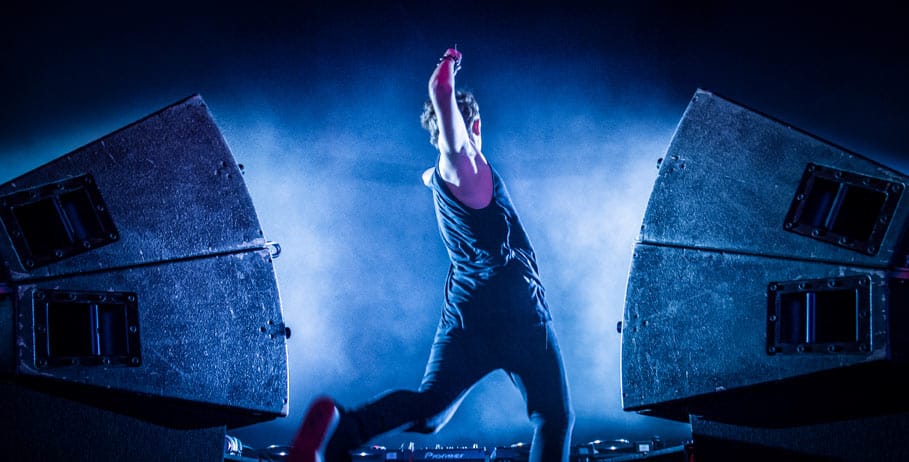 If you would ever share the stage with someone b2b or together, who would it be?

I would say it has to be Skrillex. Even though our sound is not that similar, I think he is a super talented artist and i would love to play alongside him.

Here’s something interesting we came across about you.. you being a pro skate and snowboard athlete. Give us more insight on that!

It was more like a hobby. I did not really take it that serious. I was quite young being 12-13 and did love it. But it came at the same time I fell in love with music. So when I turned 14 I decided to go the long way with music.

What do you do when you are not touring? Best place for a vacation?

Vacations! The first vacation I had after a long time was this January. I took my brother to South Africa and we went to a no network location to a Safari, a beach. When I came back home I was fully charged and wanted to go back on the road. I really enjoyed it though.

What’s the sexiest place to stay while on tour? Any hotel/resort in particular?

You recently gave a guest mix for Sunburn On Air for Sunburn Festival. Can you please explain us your track list selection and the thoughts you had before compiling it?

Any plans of touring India soon?

Yes! I don’t have anything 100% confirmed but I really want to come to India. I have heard so much about India, how crazy the crowd is. So I’m expecting to come soon! I heard it’s really blowing up in India.

Your favorite beverage while playing?

I’m going to say Red Bull. I know it isn’t always the healthiest drink but I have 2 Red Bulls every time I play.

What all would rank as your ‘essential’s when you pack for a tour ?

When I am on road, Id say:
My Laptop
My headphones
My skateboard
My Phone!
My Earplugs (even though I don’t wear them on during my whole set)

Do you like shopping? What is your favorite brand?

There is a brand which is called Top Men and they have a lot of cool stuff. I found the best shops when I went to South Africa. I don’t remember the names but I have so far found the best clothes to shop for from there.

Is it an added plus for any artist to have a signature fashion style/statement while they play? 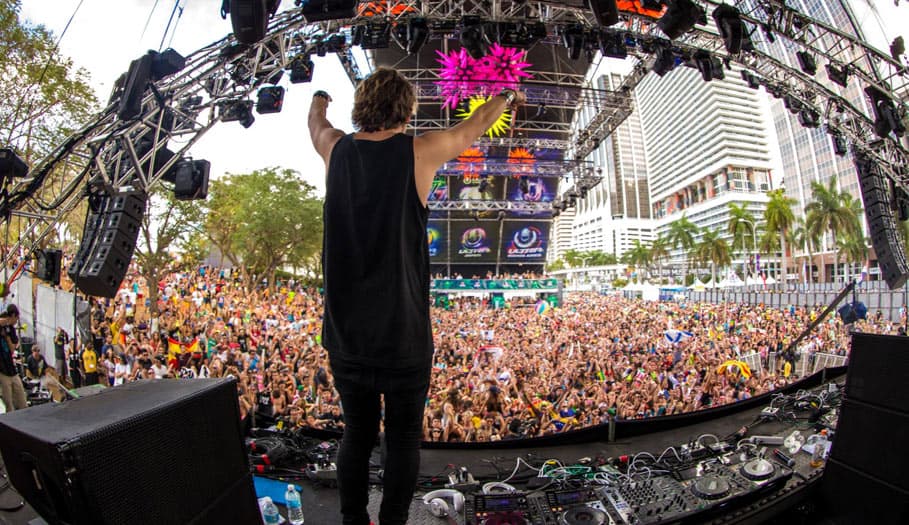 Any predictions for the EDM market in the next 2-5 years?

I try not to think that much on this matter. But in the end it’s all about making people dance and making them happy. If people are happy with what they hear, we need not worry what will happen after some years. Time will tell but if people keep enjoying music at times ahead, there won’t be any problem. I don’t think it will become bigger or smaller, but I’m sure we will be there for the people to make them have fun.

Coming from Spain, who are currently the holders of the FIFA World Cup 2014, do you support the NT?

I do. 1 million percent! It’s a very big deal because we won the last World Cup and European Cup too. I am going to see every game of my team this time!

Here are the Winners of the Twitter Contest being answered by Danny Avila himself!

Who has been your biggest inspiration?

How does it feel to be friends with Tiesto?

What is your favorite video game?