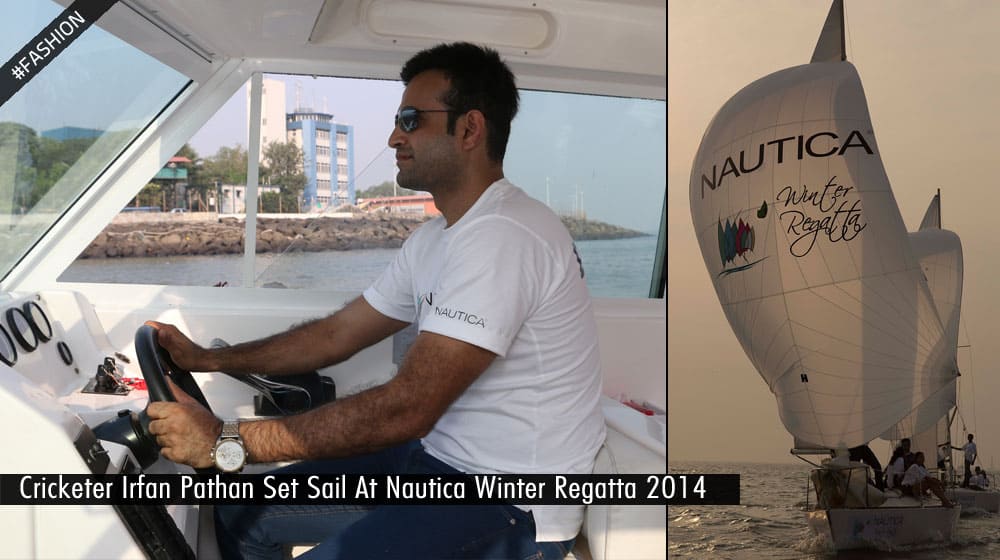 Mumbai Harbour exuded an aura like never before with the 1st edition of the Nautica Winter Regatta being the first of its kind, organized by the Yacht Club of Hyderabad and hosted by the Royal Bombay Yacht Club.

The sport of sailing got all the more glamourous with Ace cricketer Irfan Pathan participating in the competition on the largest boat in Indian waters owned by Arvind Rao of Onmobile and skippered by Aashim Mongia. Mumbai’s top industrialists such as Jamshyd Godrej, Kishore Marialla of Marico Industries amongst others celebrated the crux of water sports.

Spearheaded by the Yacht Club of Hyderabad, the Winter Regatta held in Mumbai was part of the Tri-Season Championship and was preceded by the Monsoon Regatta in Hyderabad and will be followed by the upcoming Summer Regatta in Chennai/Goa in 2015.

Speaking on Nautica’s association with the Winter Regatta as the title sponsors, Mr. Sumit Dhingra, Business Director of bridge to luxury brands – Nautica and GANT said, “Sailing as a sport is rapidly growing in India. As a leading global lifestyle brand, we were very excited to be a part of this exciting event to further nurture water sports in the country. Nautica closely works with many water initiatives globally and to be associated with such an affluent sport in a booming economy is a great privilege for us. We look forward to increasing the visibility of such initiatives in the coming years.”

With involved sailors ranging from the age of 8 years to leading industrialists sailing humongous and fast 50 footers, the Nautica Winter Regatta 2014 carved a dent in the Indian water sports arena.