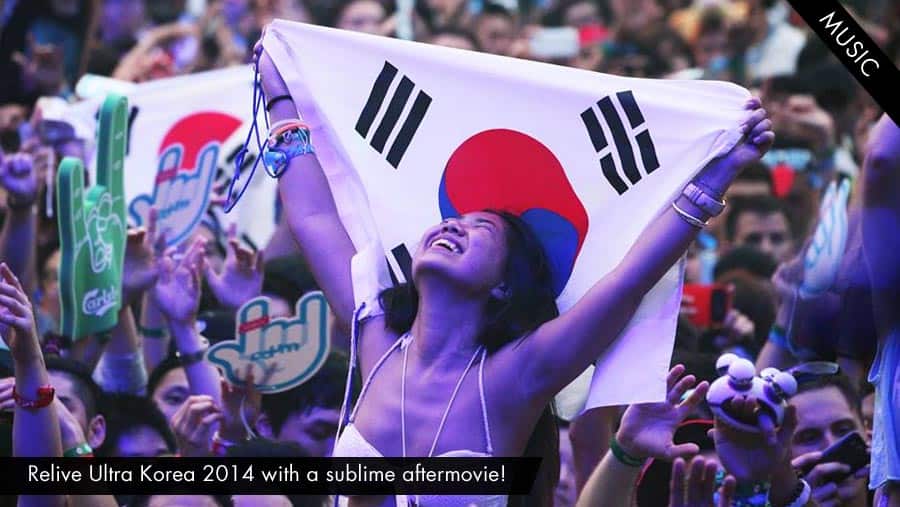 Ultra Worldwide’s foray into the Far East has delivered one of their most loved annual editions in the form of Ultra Korea. Held at the Olympic Stadium Complex in Seoul over the last three years (August 2012, June 2013 and June 2014), it was in 2014 when the festival really put itself on the map, as the likes of Steve Angello, Empire of the Sun, M.I.A, Steve Aoki, Nervo, Sasha and many more played to over 100,000 revelers.

Now, the official aftermovie that captures all of the memories from that special weekend last June has finally arrived. Created by moviemaker Charly Friedrichs, alongside his award-winning Final Kid Team, and music by Dutch duo Vicetone with their latest hit ‘Tremble’, the aptly titled ‘Korean Tremble’ aftermovie brings the true Ultra Korea experience right to your door and provides fans with more than enough reason to start making plans to attend next year’s edition.

Set to run on Friday, June 12 and Saturday, June 13, 2015, and with DJ Mag #1 Hardwell and David Guetta already announced as headliners, tickets for the two-day extravaganza are bound to be in high demand, as over 100,000 fans will once again descend on the world famous Olympic Stadium Complex. For more information, head to ultrakorea.com