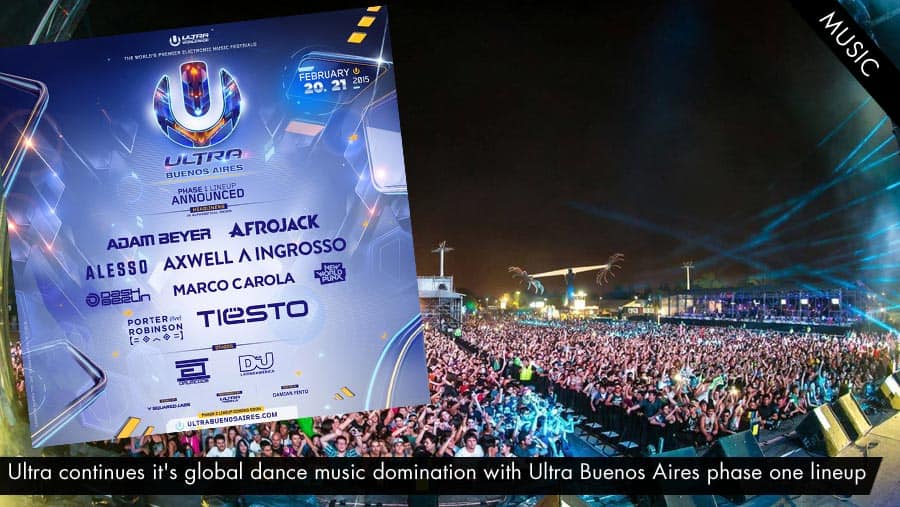 Returning for the second time in as many years will be electronic music kingpin Tiësto, who is set to grace the Main Stage alongside fellow Dutch megastar, firm Ultra favorite Afrojack. There will also be a strong presence from Sweden, with both Alesso and the recently formed Axwell / Ingrosso outfit playing to the Ultra Buenos Aires crowd for the very first time. Legends Dash Berlin and New World Punx will bring some trance energy to proceedings and euphoric rhythms for the capital city.

At the deeper end of the spectrum, house and techno icons Adam Beyer and Marco Carola will be sure to bring a bit of Ibiza flavor over to Argentina. What’s more, Beyer himself will be bringing his Drumcode concept to Buenos Aires in the form of a hosted stage for all to enjoy, whilst DJ Mag Latin America too have been announced as another stage host.

The live music element that has become such a central tool to what Ultra Worldwide does with its lineups and will also be on full display in Argentina, as Porter Robinson prepares to bring his immersive WORLDS experience to an Ultra stage for the very first time.

Running across two consecutive days on Friday, February 20 and Saturday, February 21, 2015, Ultra Buenos Aires 2015 will be the fourth annual edition of what has now become a highlight in the South American electronic music calendar. In 2014 it became the most streamed festival in Argentina’s history with over 2 million viewers tuning in to watch the live stream of the event on Clarin.com. With a Phase Two announcement on the horizon to add to the already loaded lineup, the 2015 edition is undoubtedly set to surpass what has been achieved previously. Tickets are currently on sale exclusively through the official Ultra Buenos Aires website. For more information, visit www.ultrabuenosaires.com.

Phase One Headliners (in alphabetical order) 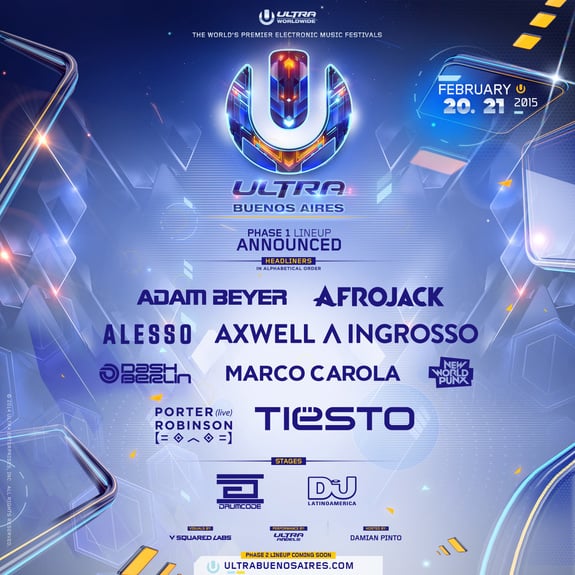