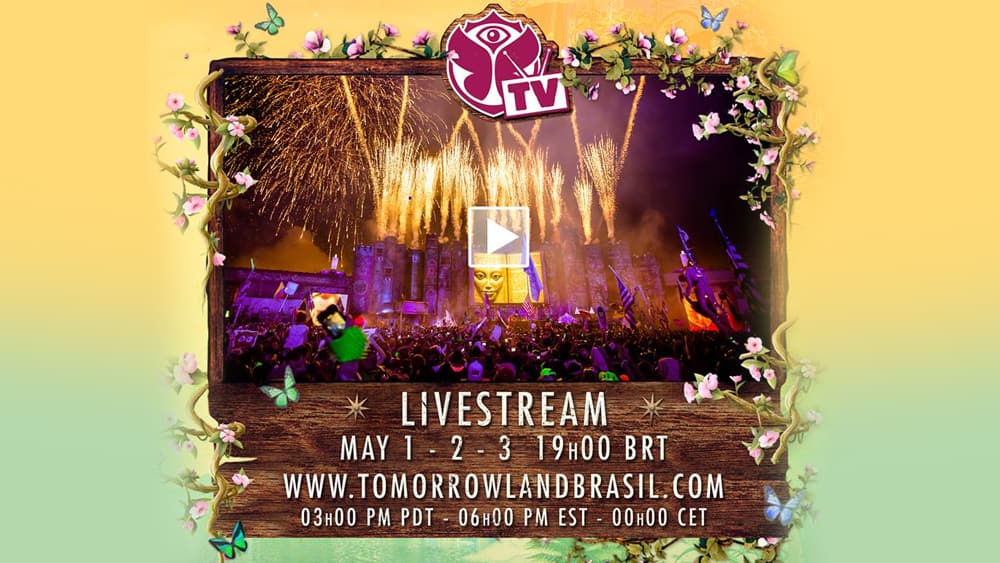 The live stream will showcase 7 hours of music per day across the 3 day festival at tomorrowlandbrasil.com. Tomorrowland TV will display to the world what makes the Belgian festival so unique. The broadcast will be shot in glorious HD and will feature live sets, interviews, special features, and even include some backstage news. Tomorrowland TV will bring dj-sets live from the Main Stage & Frame Stage and will broadcast interviews with superstar luminaries such as Dimitri Vegas & Like Mike, Steve Aoki, Showtek, Ummet Ozcan, Yves V and many more.

The channel will be available on tomorrowlandbrasil.com, viewable to the entire planet, and on every device. Be sure not to miss out, from 7:00PM to 2:00AM each day of the festival. Plus continuous rebroadcasts will showcase the madness24 hours a day, no matter where you’re tuning in from.

Belgium homeboys Wolfpack kick off the livestream followed by the likes of Don Diablo, Dannic & more. Oliver Heldens and Deorro are sure to present a unique experience with their own style of music. Don’t forget to catch the kings of Tomorrowland, Dimitri Vegas & Like Mike at 00H30M on 2nd May as we are aware, there are many surprises and new IDs in store for their set.