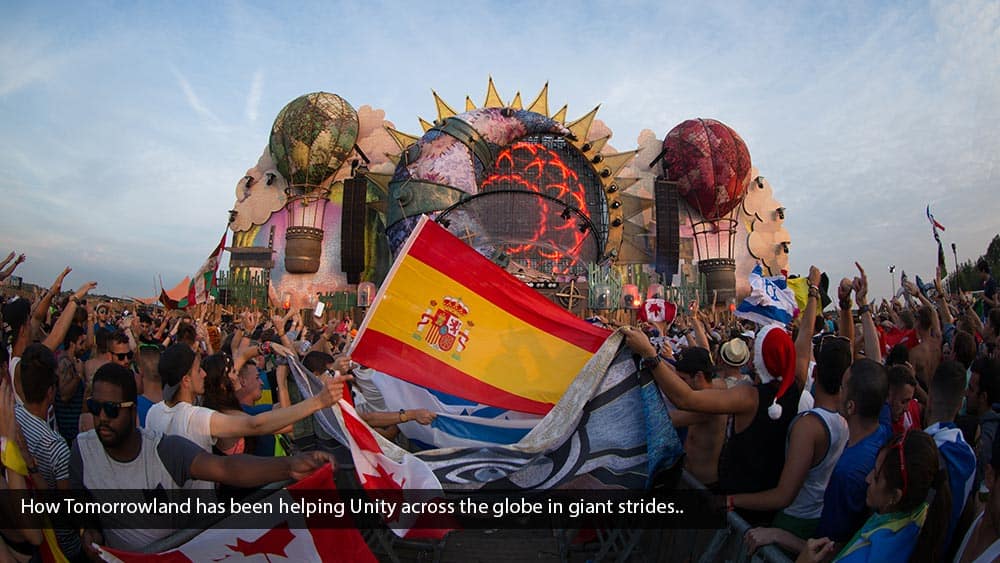 From a small festival in Boom to arguably the biggest and best music festival in the world. Tomorrowland has become a common denominator during the Summer season in Europe when it comes to music festivals. With nearly 8 Million Facebook fans and tickets getting sold out each year within HOURS, we can surely conclude that apart from being a global music festival, Tomorrowland serves as a platform to unite people from all over the globe.
In our words we would call it a Global Gathering of like minded people. This year, Tomorrowland went a few steps ahead and provided Live Streams across 2 major countries in India and Mexico. Both countries have had a major growth in the Dance Music industry and constitutes for an enormous amount of fans. named as ‘UNITE- The Mirror To Tomorrowland’, both shows were a sellout and had 3 successive live streams of Martin Garrix, Armin Van Buuren and Dimitri Vegas & Like Mike.

In our 5th year visiting Tomorrowland, what we noticed was the increase in the number of flags. People from all over the world coming in with their flags and waving them up during each set. With a big set of Photographers, Videographers and a massively supported press attendance, it’s been easy to consider how every year the presence of a gobal gathering vibe has rooted in.
This year, our team managed to capture more flag moments at various locations in the festival. That being said, we would consider this a direct impetus of helping unit spread across the globe. Consider music a religion and Tomorrowland as a place to worship it, we’re sure this festival is the best place to spread any message of unity and also help major social causes.